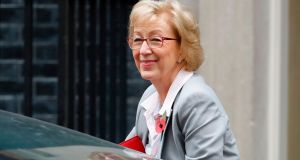 FTSE 100 chief executives were paid 117 times more than the average worker in the UK in 2018, a gap that, while narrowing, highlights the gulf in wages at leading British companies ahead of mandatory reporting of executive pay ratios this year.

The research was released as publicly listed UK companies with more than 250 employees face having to disclose the ratio between chief executive pay and that of their average worker in this year’s annual report for the first time. Companies will also need to explain executive pay policies more fully.

Last month, the Irish Congress of Trade Unions published its fourth annual report on Irish chief executives’ pay – Because We’re Worth It: The truth about CEO pay in Ireland.

CEO pay increased in 11 companies, ranging from 9 per cent in Permanent TSB to a 99 per cent increase in Smurfit Kappa. Meanwhile, the average full-time worker’s wage was up just 2.6 per cent on 2017.

In the UK, the executive pay ratio has narrowed over the past year. In 2019, the same report said top bosses were paid 133 times more than the average worker – at the time an increase of 11 per cent on the previous year.

The research by the High Pay Centre and CIPD, the HR development body, was published on January 6th, the day by which FTSE 100 chief executives will have already made the same amount of money as the typical full-time employee does in a year.

“CEOs are paid extraordinarily highly compared to the wider workforce, helping to make the UK one of the most unequal countries in Europe,” said Luke Hildyard, director of the High Pay Centre.

Excessive executive remuneration will become a focus for dissent again at this year’s AGM season, with scrutiny now extending to pension payouts alongside high wages and contentious performance bonuses.

A large number of companies are expected to seek shareholder approval in 2020 for their remuneration policies, which need to be put to a binding vote at least once every three years.

Andrea Leadsom, the business secretary, said: “Today’s figures will be eye-watering for the vast majority of hard-working people across the UK. The numbers are better than they were but the situation is still concerning, especially in those cases where executives have been rewarded despite failing their employees and customers.”

Ms Leadsom said reform this year would “increase transparency around how directors meet their responsibilities and future plans to ensure companies cannot shy away from required reporting on executive pay”.

Peter Cheese, chief executive at the CIPD, said: “Pay ratio reporting will rightly increase scrutiny on pay and reward practices but reporting the numbers is just the start. We need businesses to step up and justify very high levels of pay for top executives, particularly in relation to how the rest of the workforce is being rewarded.”

The CIPD and High Pay Centre said the excessively high pay undermined trust in business and fuelled “concerns over fairness given that many workers have, for a prolonged period, struggled to see their pay keep pace with the cost of living”.

Companies are already engaging with investors over their remuneration policies for the year ahead, given concern over pay levels.

The Investment Association said that in 2020 it will “red top” – flagging a significant and serious concern – any company that appoints a new executive director with a pension contribution out of line with the majority of the workforce. – Copyright The Financial Times Limited 2020