‘There is no substitute for hard work. Perseverance is key’ 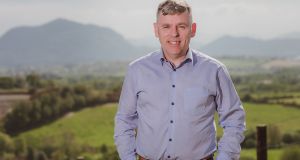 Michael Cronin: ‘We are uniquely positioned to deliver future proofed homes throughout Ireland’

Michael Cronin started his Kerry-based quarrying business at the age of 18 and added a second string to his bow in 2006 when he diversified into energy efficient home building with Thermohouse.

What is special about your business?
We have developed a low energy, rapid-build system that is unique in the housing construction market. Our all-in-one system comprising interlocking walls, floors and roof panels is the only system of its kind in Ireland and the UK.

What sets your business apart in your sector?
We are an Irish manufacturer, supplier and installer, providing people with future-proofed homes that are built to last. Our system is rapid to construct – up to 60 per cent faster than a traditional build – and provides superior levels of airtightness meaning heating costs are considerably reduced.

You’re in business some time. What have been your biggest challenges?
Like many in the construction industry, we were deeply affected by the 2008 recession. We had to streamline our business, freeze new employment and slow our expansion. From that point of view, our timing with Thermohouse wasn’t perfect. But despite the difficult trading circumstances, we continued to believe that Thermohouse had a future and stuck with it.

Secondly, as we were bringing an innovative building solution to the market, we struggled to get acceptance from an industry dependent on traditional methods of construction. But, over time, the benefits of our system have spoken for themselves. The effort we put in over the past decade has begun to crystallise and we are experiencing steady growth.

What has been your biggest success?
Surviving the recession through hard work – and a bit of luck – when the construction industry contracted by approximately 80 per cent. Having the two businesses was a big help because quarrying was less affected and we could move people between the two as needed.

We now employ 60 people in Thermohouse between Ireland and the UK. We are also proud of the fact that we developed our building system from scratch and that it has been used in numerous projects throughout Ireland and the UK. Most notably, we have been involved in a housing development for the Hounslow Borough Council in Feltham, London, as well as being shortlisted for an award for a project in Sevenoaks. We were very pleased that our roofing product was featured on Channel 4’s Grand Designs: The Street.

What piece of advice would you give someone starting a business?
There is no substitute for hard work. Perseverance is key. You have to be prepared to work very hard over a sustained period of time to achieve success.

Who do you admire most in business and why?
Danny Tim O’Sullivan of Danny Sullivan Group. Danny is from Kells, Co Kerry. He began trading over 30 years ago and has since transformed his once small business into a market leader, supplying skilled professional labour to the UK construction market. His achievements were in no small part due to his strong work ethic and to developing a great team around him.

What could the Government do to help SMEs in your sector in the current environment?
I would like to see an improvement in access to labour, so the relaxing of work permits for general operatives and those in trades and transport would be beneficial. A reduction in the VAT rate from 13 per cent to 9 per cent on house purchases would also be hugely beneficial, as would capital grants to encourage SMES to adopt green technologies.

In your experience, are banks lending to SMEs?
Yes. We have had good support from Bank of Ireland.

What’s the biggest mistake you’ve made in business?
Like many people in this country, I made some construction-related investments in 2007/08 which went south. It has taken 10 years to fully recover. I was also overly optimistic with Thermohouse at the beginning regarding the length of time it would take to establish ourselves.

What is the most frustrating part of running a small business?
As we’re in a specialist industry, finding and retaining the right calibre of people for our team can be a challenge as can getting paid in a timely manner by customers.

What makes it all worthwhile?
To still be here 10 years after the recession when many of our peers are not. It’s gratifying to be out the other side and to have grown the business to where we are ready to scale further. We are proud to be a strong local employer, contributing to the infrastructure, housing and the sustainable improvement of the region.

What’s your business worth and would you sell it?
Having developed the business over the last 13 years to where it is today, I am excited for the future, so it’s not for sale! Given the need for rapid-build, energy efficient homes, we are uniquely positioned to deliver future proofed homes throughout Ireland and we have a five-year investment plan for the business focused on R&D, technology market expansion.