Republic one of worst states in Europe for maternity leave 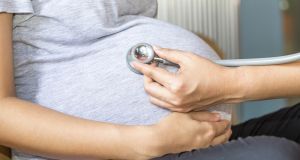 A report last month found that the Republic offered the second-longest maternity leave in Europe but came last in terms of pay entitlements. Photograph: iStockphoto/Getty Images

New mothers in the Republic do not get any “decently paid” maternity leave, according to a new study.

Decently paid leave is defined by the study as time off paid at two-thirds or more of women’s pre-maternity leave earnings, or a rate of pay greater than €1,000 per month.

The study, by the UK’s Trade Union Congress (TUC), finds that new mothers in Britain receive just six weeks of decently paid maternity leave. Only mothers in the Republic and Slovakia fare worse.

States offering more than four months include Poland, Hungary and the Czech Republic. Next in line are Estonia, Italy, Spain, Belgium, Denmark, France, Malta and Switzerland, where mothers can expect to get three months or more.

Responding to this report, the National Women’s Council of Ireland (NWCI) called on the Government to ensure that the new National Women’s Strategy addresses the fact that the majority of low-paid, precariously placed workers are women. NWCI director Orla O’Connor said the vast majority of lower-paid jobs do not come with contractual maternity pay.

“This TUC report comes as no surprise, for although the duration of maternity leave in Ireland has increased to 26 weeks, maternity pay has not increased with it, and employers are not obliged to cover any period of maternity pay,” she said.

“When you look at maternity pay provisions across Europe, Ireland stands out as having a relatively long period of maternity leave but a low amount of pay.”

Ms O’Connor added that many women are forced to return to work early.

“We strongly welcomed the increase in the duration of maternity leave to 26 weeks, but we know that some women are forced to return to work earlier than they would wish, because they cannot afford to stay off,” she said. “This is a critical issue for low-paid workers. Almost three-quarters of those on the minimum wage are women, and half of all women workers earn €20,000 or less a year.”

A separate report last month found that the Republic offers the second-longest maternity leave in Europe but comes last in terms of pay entitlements.

According to that study, which covered 15 European countries and also the United States, the Republic comes second behind the United Kingdom in terms of total maternity leave allowed, with mothers able to take 42 weeks out, 26 of which are paid.

This compares with 52 weeks of total leave in the UK and a mandated minimum of just 14 weeks in Germany and Sweden. The US currently has no mandated paid maternity leave.

The research, conducted on behalf of the careers website Glassdoor, revealed that the Republic is the worst country in Europe overall for labour market benefits such as paid sick leave and unemployment cover.