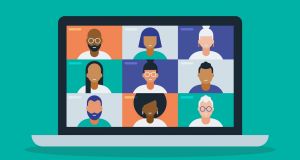 “You won’t want to let anybody down, especially in this new, anxious world.’ Illustration: iStock

Bruce Tulgan completed his latest book, The Art of Being Indispensable at Work, just weeks before the world was turned on its head by the Covid-19 pandemic. Tulgan’s book was meant to offer advice to those already unsettled by the pace of change in the workplace. What has happened since has escalated that fear, making Tulgan’s guide to “navigating through constantly shifting priorities and unclear lines of authority” a timely release.

“I wrote the book to help people who were becoming increasingly anxious because they felt so much of their working environment was out of their control,” Tulgan says. “My main message then, and it’s even more relevant now, was that the only thing you can control in all of this is yourself.

“I never anticipated this book being the How to Win Friends and Influence People for the post-pandemic era,” Tulgan adds, citing Dale Carnegie’s 1936 classic that went on to sell more than 15 million copies. “But we have all just experienced how so very much can change so very quickly and with so very little warning.”

Tulgan’s reference to Carnegie’s book is apposite as, in its day, it hit the spot for those trying to negotiate their way through the uncertainties of the post-Depression era.

At its heart was what Carnegie described as “the fine art of getting along with people”, and in his view dealing with people was probably the single biggest problem everyone in business faces. To support his point, Carnegie referred to research done by his foundation that showed that, even in technical areas such as engineering, “about 15 per cent of one’s financial success is due to one’s technical knowledge and about 85 per cent is due to skill in human engineering – to personality and the ability to lead people”.

Throughout his book Tulgan talks about the behaviour of what he calls “go-to” people or those who have mastered the knack of making themselves genuinely indispensable. There’s no magic involved here, it’s purely down to displaying a consistency of purpose that builds into real influence over time.

What this looks like in practice is someone who is very good at their job, who always does the right thing, who repeatedly displays sound judgment and who gains the trust and respect of others as a result.

Tulgan believes developing these skills will become even more important in the wake of the pandemic because, with so many people now home based, doing one’s job has become a lot more complicated. The mass migration to remote working means collaborative relationships are here to stay and the ability to handle them successfully will be an essential survival skill.

“Everybody will be under added stress for the foreseeable future, doing more with less, and tackling entirely new obstacles along the way,” says Tulgan. “You won’t want to let anybody down, especially in this new, anxious world. You will want to keep proving yourself to be indispensable and connection to other people is the key.

“In the uncertainty of the post-pandemic world, people will be our anchors, and our relationships to one another a source of strength and security.”

Tulgan is the founder of US-based management research, training and consulting firm Rainmaker Thinking, and he has written extensively on subjects ranging from winning talent wars to managing one’s boss. A number of the topics covered in his new book will resonate with those putting in much longer hours since working from home kicked in.

In particular, Tulgan touches on people’s natural urge to overcommit at times like this. “If you overpromise in the moment and then don’t deliver, that’s what you will be remembered for,” he says. “Secondly, overcommitment gets in the way of productivity as, if people are too stretched, their priorities become muddled.”

What’s made the manager-employee relationship even more challenging, however, is the demise of vertical organisational structures with obvious hierarchies and clear reporting lines. Now matrix structures are flavour of the month, and people’s working relationships are scattered across the organisational chart, often with a dependency on others not accountable to them.

“The biggest workplace challenge now is collaboration, as so many people are in nebulous relationships,” he says. “The speed and complexity of work requires many more interactions with people up, down, sideways and diagonally, and what used to be fairly easy to manage has become very difficult for most mere mortals.”

Before choosing whether to say yes or no, and ask questions to get the information you need to make your decision

Asked for his take-away for surviving the post-coronavirus working order, Tulgan says, “Remember, saying yes or no is all about opportunity cost. A bad yes takes up time and energy. A bad no may lose you an opportunity. A good yes is your chance to add value. A good no makes room for a better yes.”

The secret to getting it right is twofold: pause before choosing whether to say yes or no, and ask questions to get the information you need to make your decision.

“You gain more control of the situation and your reputation benefits if you’re seen to be taking the time to ‘respect’ what’s being asked of you and you are able to add value to the interaction,” Tulgan says.