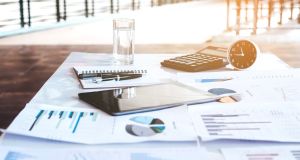 Pension deficits across publicly-quoted Irish companies steadied last year on the back of a strong performance in global equity markets toward the end of the year, according to new figures.

Human resources consultancy Mercer found that, although liabilities rose last year, that was ultimately offset by a strong asset performance across all major asset classes.

“2019 could have looked very different had it not been for the strong performance in equity markets for schemes that were not well matched,” said Peter Gray, corporate consulting leader and principal at Mercer Ireland.

“I would encourage sponsors and trustees to consider whether their schemes are exposed if there were to be a correction in the equity markets over 2020.”

Iseq companies continue to operate legacy defined benefit (DB) schemes, where retiree entitlements are linked to individuals’ final salaries, even as the market has moved en masse in recent decades towards defined contribution (DC) plans, tied to the performance of employer and employee investments. Even where DB schemes remain, many have been closed to future accrual of benefits.

The combined deficit across DB plans operated by Iseq companies was steady at €1.2 billion, according to Mercer figures.

8 Sorry, Domhnall Gleeson, I don’t want to chat to you anymore