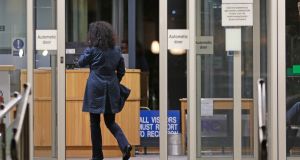 A executive whose yearly earnings topped €275,000 at recruitment company CPL Resource has failed in her unlawful wage deduction claim against the company.

This follows the Workplace Relations Commission dismissing a claim lodged by Silvana Cuesta Carpio under the Payment of Wages Act against the company.

Ms Cuesta Carpio told the Labour Court that prior to her appointment as a senior executive in 2017 she had earned significant commission from her work on one particular client account.

However, Ms Cuesta Carpio said, that some months after her appointment she was assigned to work with clients other than the client from whom she was earning significant commission.

According to the Labour Court report on the case, Ms Cuesta Carpio submitted that she is owed €239,000 for the period from April 2018 to March 2019 as a result of CPL Resources making commission deductions of this amount over that period.

Ms Cuesta Carpio submitted that in May 2018 she reached an agreement with CPL Resources to “clean all fees owed to her from previous months up to March 2018” and a payment of €51,000 was made to her in August 2018 arising from that agreement.

In response to Ms Cuesta Carpio’s claim, CPL Resources submitted that no unlawful deductions took place and that wages alleged by Ms Cuesta Carpio to be due to her awere not .

CPL Resources the commission scheme in place was discretionary and that this is specifically set out in the Ms Cuesta Carpio’s contract of employment dated October 2013.

CPL Resources stated that the contract signed by Ms Cuesta Carpio provides for the “company’s right to amend or withdraw the scheme based on the operational needs of the business”.

CPL submitted that this provision of the 2013 contract remains in force and was not deleted or removed by any subsequent amendment or addendum to the contract, of which there have been a number.

In the Labour Court’s findings, chairman, Kevin Foley found that the alteration of Ms Cuesta Carpio’s commission scheme was provided for in her contract of employment.

Mr Foley stated that as a result  the alteration of Ms Cuesta Carpio’s commission scheme could not be considered an unlawful deduction.

Ms Cuesta Carpio was appealing a ruling of the Workplace Relations Commission (WRC) that had earlier dismissed her claim.

Mr Foley concluded that Ms Cuesta Carpio’s appeal can’t succeed and the decision of the WRC Adjudication Officer is affirmed.