Lucy Kellaway: The sheer bliss of just saying ‘No’

Naysaying is bang on trend - for successful people, no has become the new yes 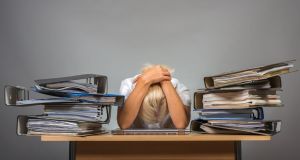 ‘Yes can be said by any old fool, while no requires character, commitment and courage.’

Today I did not get up at 6.30am to flog over to a breakfast meeting in Knightsbridge. Tomorrow I am not going to have a sandwich lunch to discuss a project in which I am only vaguely involved.

On Thursday I am not going to a summer networking party. Neither am I writing an article for a website that neglects to pay contributors, nor am I giving an interview to an Australian radio station. I might have been doing all of these things, but I have said no to them.

As well as making me considerably happier, this naysaying makes me bang on trend. No is the new yes. It is the most fashionable answer for successful people.

Ten years ago it was the other way around. There was a uniformly positive selection of books on Amazon that were all rabidly pro-yes. Now they have been pushed aside by The Life-Changing Power of No! and How to Say No Without Feeling Guilty. There is even a How to Say No colouring book for adults, as well as books of more niche interest, such as Say No to Arthritis.

Yet last week “no” reached cult status. In a blog post for the Harvard Business Review, a management coach suggested it is not enough simply to say no, we must start celebrating whenever we do so.

No is thus granted the same giddy status as failure, which everyone has been doggedly celebrating for a decade at least. The Museum of Failure was opened last week in Sweden; give it a year or two and the Museum of No is bound to follow.

Yet to celebrate no is not so silly. Since reading the blog, I have taken to starting each day lying in bed giving silent thanks for the things I have successfully refused to do. I do not have to write that article today (hooray), nor have coffee with that person (phew), nor go to that lunch.

With each thing I mentally tick off, the better the day seems. I skip out of bed eager to do the things that slipped through my net of negativity.

You could say this is all very selfish. Every time we say no we disappoint the person asking. And every job we turn down creates something for some other poor sucker to have to do instead.

Yet there is another way of looking at it – fans of no are rebranding it as the altruistic choice.

On the Entrepreneur website is a blog post that argues saying no is good, as it creates space for junior people to step up. And declining things at work allows you to spend more time at home tending to your family.

I can think of something even better about it. If enough people were to say no to pointless things often enough it would lead to a more efficient allocation of resources. If we all refused boring meetings and events, eventually the penny would drop and people would stop arranging them.

Despite being a great fan of no at work, even I admit that sometimes it is the wrong answer. The great challenge is therefore to spot when to stop saying no and start saying yes.

The HBR recommends ranking all opportunities from one to 10, but my system is simpler. I say yes to things I a) have to do; b) want to do or c) ought to do. Though sometimes I ignore c) if I can talk myself out of whatever it is without feeling a total heel.

The trouble with this system is that often it is not clear whether you really have to do something – or even if you want to do it. But in that case there is a rule: if in doubt, say no. At the margin, less work is always better than more.

The main difference between yes and no is that one is easy and the other hard.

Yes can be said by any old fool, while no requires character, commitment and courage. Saying no gets easier as you get older: I have gone from being rubbish at it to being a master, and am still improving.

I have learned the importance of saying no quickly. If you procrastinate you are already on the back foot and may be tricked into saying yes by mistake.

I have also learned never to give reasons, as they can be challenged, resulting in capitulation. In writing this I have learned a third thing: never say you cannot do something because you are too busy.

No one will be impressed: being too busy simply proves you are not good enough at saying no.