Holidaying CEOs boast by the book

Now it is unacceptable to brag about spending, bosses turn to the summer reading list 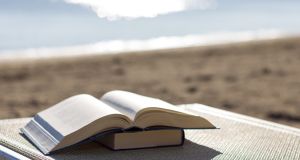 Showing off if you are a chief executive has never been harder. The traditional ways of flaunting it are out. Conspicuous consumption is not only vulgar but a public relations catastrophe, given that the average CEO in the US now earns 335 times the wage of the average worker.

Bragging about how much you spend is so taboo that chief executives have started talking about how little they spend. Bill Gates, who is worth about $80 billion (€72.9bn), likes to tell people about his $10 watch . Equally, Lloyd Blankfein goes out of his way to show everyone what the Goldman Sachs chief wears on his wrist – a humble Swatch.

The second traditional way of showing off – through golf – is also not what it once was. CEOs still like to play, but in a workaholic age don’t go on about it in the way they used to. Jamie Dimon doesn’t play golf at all, and Warren Buffett has joked that he’d be lucky to break 100. It used to be thought that good golfers made good executives, but now academic research tells us the reverse. CEOs who spend a lot of time on the golf course should keep quiet, as the lower the handicap, the worse the company performance.

Trying to impress by the size of your charitable donations is still acceptable, only for most CEOs it is hard to pull off. When Mr Gates has given $27 billion, and even the relatively stingy Michael Dell has given more than $1 billion, it’s impossible for a bog-standard CEO on a mere eight-figure salary to compete.

So how are they to do it? Fortunately there is a new way for CEOs to say: mine’s bigger than yours. It is done through what they are reading.

McKinsey has just asked 14 chief executives which books they will be taking to the beach this year – and the result is one of the most naked displays of one-upmanship I’ve ever seen.

When I was at university we used to wander around clutching copies of Proust in French but we had the excuse of being insecure and 19. These men are grown up and successful and have given their lives to selling something to make money, yet want to be known for what they aspire to read on the two weeks a year when they aren’t doing that. It’s almost tragic.

The McKinsey list is kicked off by Dominic Barton, the consulting firm’s CEO, who claims his holiday reading matter will include four un-fun volumes: something on the Medicis, something on China, a thumbsucker on Europe and The Seventh Sense by Joshua Cooper Ramo. Reid Hoffman takes it one step further with six books, on markets, politics, genes and the world at large, and The Seventh Sense.

Various themes emerge. The books must be varied. Mainly recent. A mixture of history, tech and biography is essential. A novel is okay, so long as it is obscure, difficult or literary enough. The CEO of Corning says he is planning to tackle Marilynne Robinson’s Gilead trilogy.

My favourite selection is from Risto Siilasmaa at Nokia, who asserts he’ll be reading – as well as obscure books on energy, intelligence, etc – the Chinese folk tale of Mulan: fiction, in Chinese. No one said they’d be reading Stephen King, let alone that they wouldn’t read anything, as they’d rather spend their break reacquainting themselves with their families.

A mere eight years ago, CEOs were allowed to be honest about their reading matter. When asked by the Financial Times, they variously mentioned the new Nick Hornby. Or the new John Grisham. Or a book about Formula One. The head of BHP admitted he’d be trying The Brothers Karamazov for the umpteenth time – every year he tried and every year he failed to get through it.

Back then only Sir Martin Sorrell had the foresight to interpret the question not as being about his actual reading, but as an invitation to embellish his personal brand. Only he screwed it up. He mentioned books about medieval history, business and then named The Last Tycoons by William Cohan. Unfortunately, the same book had won the FT’s book prize the previous year – and Sir Martin, who was on the judging panel, ought to have read it already.

I just had lunch with a CEO who I know well enough to trust him to tell me the truth. What are you reading on holiday, I asked him. He looked at me blankly. I have no idea, he said. He wasn’t going away till mid-August and so had better things to think about until then. Like running his company.