Why failure is the forgotten ingredient in business success

Learning to fail gracefully, and putting failure in perspective, is a vital trait for any successful entrepreneur 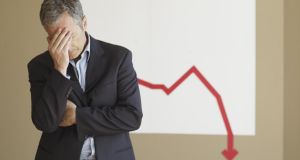 Shame, disappointment, embarrassment, weakness. These are just some of the emotions often characterised by failure. Of course it hurts. When you put your time, effort and resources into something only to be “robbed” of the reward you feel is rightfully yours.

But there’s more to it than that. Failure is a necessary part of life learning, from the first time you tried to say ‘Mama’ to your badly judged efforts in cornering the market on dog swimwear.

“Society holds up the idea of success as being the goal in everything. This leads certain people into a mindset where they think that success should be all or nothing when, actually, the real way to engage with work is to concentrate on the effort and let the reward take care of itself.

“People are too consumed by rewards. Therefore they are distracted from the task at hand. You have to immunise yourself from feeling swamped by failure and in order to do this you must train.”

O’Connor is an advocate of bestselling positive psychology book Learned Optimism: How to Change Your Mind and Your Life by Martin EP Seligman.

In it Seligman argues that while optimism is essential in life, most people are more prone to pessimism. So you have to learn to be more optimistic. It doesn’t necessarily come naturally. “Naivety is a different thing and the two should not be confused,” stresses O’Connor.


Perceive reality
“According to Seligman’s hypothesis there are four things you must do in order to protect yourself from being swamped by failure. Firstly, you must perceive what’s actually happening.”

In other words, you must try to perceive reality accurately and all the external factors affecting your life and choices. “Secondly, you must have a compelling goal, something that drives you forward,” he says. “Thirdly you must try to think positively at all times and lastly, never give up.”

While these goals may sound obvious and not particularly insightful, learned optimism and thinking positively involves overcoming some very natural inclinations.

“Defeat cannot be seen as permanent or in any way a reflection on you as a person,” says O’Connor. “Most problems we have are temporary and external. But too often failure is taken personally. So you must develop these skills and learn to be optimistic.”

Many of us wish for it to be true that the most successful in business are major risk takers who sit on the 50th floor in their office smoking cigars and admiring their collection of cowboy hats. It’s rarely the case. “The most successful people in this world are the ones running on plan B,” says O’Connor. Good entrepreneurs are very careful. Sure they they take gambles, but only of the calculated kind.

“There is a misperception that successful entrepreneurs take more risks,” explains Dr Deirdre O’Shea, course director of the MSc in work & organisational psychology and behaviour at the department of personnel and employment relations at UL. “In actuality they simply have more expert intuition. They possess a form of intuitive expertise in the sense that they are practiced in spotting opportunities or new ways of doing things, which is not so much of a risk. Expertise is something that comes with practice.”


Is there ever a good time to fail?
Early on, one should think. That way it can be written off as inexperience.

“Making mistakes while learning can lead to higher performance,” says O’Shea. “Hence, people who make mistakes during training or while learning, often correct their knowledge and make less mistakes in later performance, which is often a more critical time. If a company spots a fatal flaw in a product at an early stage it is fixable. Post-launching the new product it could be catastrophic.”