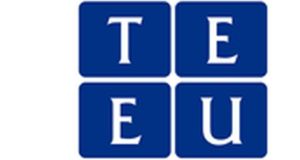 The union, which represents about 1,000 staff in the health service, local authorities, education and semi-State sectors, said its members backed the deal by a margin of 52 per cent to 48 per cent.

Members of the Technical Engineering and Electrical Union (TEEU) who work in the public service, have voted to accept the proposed new Lansdowne Road pay agreement.

The union, which represents about 1,000 staff in the health service, local authorities, education and semi-State sectors, said its members backed the deal by a margin of 52 per cent to 48 per cent.

TEEU regional secretary Paddy Kavanagh said the closeness of the ballot result “highlighted the concerns our members have over the need for the full restoration of pay, following years of austerity”.

“We have been listening very closely to their concerns during the ballot and this is something we will be taking on board and we will be prioritising the achievement of this objective in future negotiations.”

Under the proposed Lansdowne Road deal, most public service personnel will receive an increase in earnings of about €2,000 in three phases between January 2016 and September 2017.

It is now virtually certain that the proposed agreement will be formally ratified by the public services committee of the Irish Congress of Trade Unions (Ictu) in the autumn after it was supported by members of a number of the larger affiliated trade unions such as Siptu, Impact and the Irish National Teachers’ Organisation.

The Irish Nurses and Midwives Organisation has urged its members to vote in favour of the proposed agreement.

The deal has been rejected by members of the Irish Medical Organisation. However, it has signalled that it will be bound by the overall decision ofthe public services committee of Ictu.

The central executive of the ASTI will consider the issue at a meeting in late August or early September.

A ballot of ASTI members will be held in the autumn.

The executive of the Teachers’ Union of Ireland (TUI) has also urged its members to reject the proposed new pay deal in a forthcoming ballot.

The TUI has said that if its members vote to reject the proposed Lansdowne Road deal, it will not be bound by any aggregate vote of unions affiliated to the public service committee of Ictu.