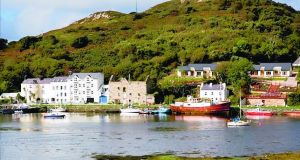 The “shattered” tourism industry is calling for State agency Fáilte Ireland to be given €1 billion next month by the new Government to disburse to struggling businesses in grants to stave off a wave of insolvencies.

The Irish Tourism Industry Confederation (Itic) wants the grant scheme as part of a total €1.5 billion rescue for the sector in the so-called July Stimulus economic package planned by the new coalition.

As well as €1 billion in grants, Itic also called for a further €500 million in cheap liquidity loans and other supports, at its launch of an industry revival plan in Dublin’s Buswells hotel on Monday.

Most taxpayer grants to SMEs are usually administered by the State export agency Enterprise Ireland. However, Itic argued that tourism businesses – tourism is among the State’s largest export sectors – are often rejected by EI, as the agency “doesn’t have the expertise” to properly assess the industry.

Instead, the industry wants a beefed-up role for Fáilte Ireland to act, in effect, as the Enterprise Ireland of the tourism sector, with a remit to dish out emergency grant assistance from next month.

Eoghan O’Mara Walsh, Itic’s chief executive, said Fáilte Ireland could help devise the conditions attached to the €1 billion grant scheme, and said he would not rule out tourism businesses potentially handing over equity to the State in return for the payouts.

“Tourism is in the middle of an existential crisis,” he said at Buswells, which opened to the public on Monday as part of the latest phase of the State’s economic reopening.

The hotel, which lies across the street from Leinster House, was deserted on Monday as its manager, Paul Gallagher, hung a tongue-in-cheek sign outside the door: “Customers wanted. No experience necessary.”

Itic predicts revenues in the tourism sector will fall to €2.4 billion including air fares this year, a three-quarters drop from the €9.3 billion in 2019 before the coronavirus struck.

It would be at least 2023 or maybe 2024 before the sector would reach 2019 levels again, even under an optimistic scenario.

Itic also called for a reduction to 5 per cent of the sector’s VAT rate, from its current level of 13.5 per cent. It also wants the two metre social distancing rule to be relaxed to one metre in tourism businesses to boost capacity, and an end to the 14-day quarantine period for incoming travellers.

“We are hoping for just a recession and not a depression,” said Mr O’Mara Walsh. “We recognise that Covid-19 is a public health crisis first and foremost. But the quarantine has effectively hung a closed sign over the whole country as far as tourism is concerned.”

Itic also sharply criticised the Government for hiving off responsibility for tourism – which employed 265,000 before the pandemic and was Ireland’s largest industry – into a non-economic departmental portfolio alongside media, arts, culture, sport and the Gaeltacht, under the Green Party’s Catherine Martin.

The Greens have previously pledged to hit aviation with higher taxes, which the tourism industry argues will stunt any hope of a recovery because 87 per cent of all tourists to Ireland arrive by air.

“Tourism is misaligned in the new Government. We have twice as many jobs as agriculture. We should be in an economic ministry, such as Enterprise and Jobs,” said Mr O’Mara Walsh.

1 Why gift a son now if it eats into his tax-free inheritance threshold?
2 Stocktake: Playing poker with the day traders
3 How to further divide the economy using the wage subsidy
4 Big Four told to outline plans for audit split in UK by October
5 Can we finally say farewell to the scourge of hot-desking?
6 Ballymore acquires London shopping centre for €83m
7 Columbia Sportswear defies gloom with first Irish standalone shop
8 Air Canada resumes passenger flights from Ireland
9 Chinese FDI to Ireland rises 56% as it falls to nine-year low in US
10 Irish pharma sector warns of protectionism as US corners supply
Real news has value SUBSCRIBE