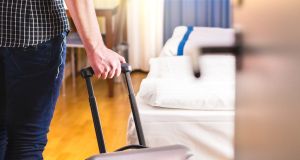 Hostelworld said that the move has raised gross proceeds of about £13.8 million, subject to it being completed. The placing price represents a 7.1 per cent discount to yesterday’s closing price.

The company on Wednesday night outlined its plans to raise funds as it expects net revenues this year to fall by about 80 per cent.

It said the reasons for the placing, which was run by Davy and Numis Securities, were to materially strengthen its position including its balance sheet, provide essential liquidity and enable it to emerge from the Covid-19 crisis in a “materially stronger position”.

The company offered the new shares in the form of a process known as an accelerated bookbuild which involves offering shares in a short time period. Hostelworld said it chose this structure as it minimises cost, time to completion and management distraction “during an important and unprecedented time”.

Application for admission of the new shares has been made both to the London Stock Exchange and the Irish Stock Exchange. The company expects the admission to become effective next Monday.