French carmaker’s board likely to meet in the coming days 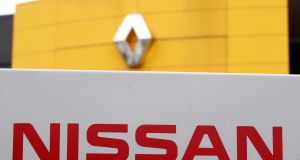 Carlos Ghosn is on the verge of losing his final tether to power, with Renault said to be laying plans to remove him as its leader almost two months after the car titan’s shock arrest rocked its alliance with Nissan and Mitsubishi.

The French carmaker’s board will probably meet in the coming days to replace him as chairman and chief executive officer, according to people familiar with the matter. Renault directors were spurred into action by Mr Ghosn’s failure this week to win bail, pointing to a lengthy incarceration, said the people, who asked not be named because the information isn’t public.

Accusations against Mr Ghosn have mounted this week, including an alleged €7 million payment from an entity named NMBV that is part of the manufacturing partnership he assembled between Renault, Nissan and Mitsubishi. Mr Ghosn was removed by the two Japanese carmakers following his initial arrest on November 19th and an ouster from the leadership of Renault would cement a spectacular downfall.

Ditching the former industry titan would be Renault’s most significant response to the crisis - and a u-turn of sorts. In contrast to its Japanese partners, Renault and its most important shareholder, the French government, have so far backed him, citing the principle of presumed innocence.

That stance has now shifted. The head of the French agency that handles the state’s shareholdings Martin Vial, and the chief of staff of the French finance minister Emmanuel Moulin, are in Tokyo on Wednesday as part of a trip planned a few days ago to discuss Renault-Nissan, a spokesman for the ministry said on Wednesday. Mr Vial also sits on Renault’s board.

Mr Ghosn is accused by prosecutors of understating his income at Nissan by tens of millions of dollars and of transferring personal trading losses to the carmaker. The executive has said he’s innocent and has called the accusations “meritless and unsubstantiated.”

Some Renault board members have concluded that a decision on Ghosn’s position is needed fast, one of the people familiar with the matter said. There’s no way Mr Ghosn can stay in charge of Renault, no matter how the legal saga ends, the person said.

“Renault must realize Ghosn had stepped beyond what is appropriate,” said Janet Lewis, a Tokyo-based auto analyst with Macquarie Group. “Too much power would appear to have accrued to one person, so it is important to try and develop a leadership team that can continue the work of the Alliance.”

Spokesmen for Renault and for the French government declined to comment on any possible changes in governance at the carmaker.

A spokesman for Nissan reiterated the company’s internal investigation uncovered “substantial and convincing evidence of misconduct,” resulting in a decision to dismiss Mr Ghosn as representative director. The spokesman declined to comment on managerial decisions at Renault. Mr Ghosn’s lawyers, represented by Motonari Otsuru, had no comment.

According to a person familiar with the investigation, a probe by Nissan and Mitsubishi uncovered a €7.04 million payment to Mr Ghosn in 2018 from a jointly owned, Amsterdam-incorporated venture named NMBV. Mr Ghosn had struck an employment agreement with NMBV that year and had set his own salary, without discussing it with the other two directors of the entity, the person said. NMBV was funded through cost savings carved out by Nissan and Mitsubishi, according to the person. Mitsubishi plans to brief its board on the findings on Friday, the person said.

Whatever the merits of the allegations against Ghosn, Renault’s need for a permanent replacement reflects at least one reality: he can’t run Renault from a small jail cell in Tokyo, where his spartan confinement is already taking a physical toll. He appeared in court last week thinner and grayer and days later developed a fever.

Renault’s board meeting may take place this weekend, according to Les Echos newspaper. Interim chief executive Thierry Bollore’s mandate could be made more permanent, while Michelin chief executive Jean-Dominique Senard, is the leading candidate to become chairman, one of the people said.

A dismissal by Renault would effectively end the career of one of the car industry’s most iconic executives. Mr Ghosn turned around Nissan in the early 2000s, then added the chief executive job at Renault in 2005. He stepped down as Nissan chief executive in 2017 and is serving his last term as Renault chief. – Bloomberg