Over half of Irish chickens contain food poisoning bacteria 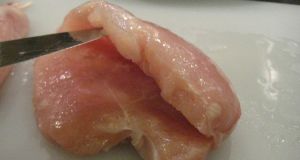 Campylobacter causes acute gastroenteritis with diarrhoea and vomiting, and can be life-threatening in the very young and old. However, it can be killed by cooking the chicken thoroughly, until it reaches a core temperature of 75 degrees.

More than half of Irish-produced whole chickens are contaminated with the food-poisoning bacterium campylobacter, the Food Safety Authority of Ireland (FSAI) has said.

Campylobacter causes acute gastroenteritis with diarrhoea and vomiting, and can be life-threatening in the very young and old. However, it can be killed by cooking the chicken thoroughly, until it reaches a core temperature of 75 degrees.

The authority was responding to the release of new figures by the UK’s Food Standards Agency which shows 73 per cent of UK fresh whole chickens are contaminated with campylobacter. Almost a fifth had tested positive at the highest level.

Dr Lisa O’Connor, chief specialist in food science at the FSAI said the rate of contamination in this State was broadly similar, if not a little lower than the UK rate. She said the authority carried out a three-month study of Irish and non-Irish whole chickens, as well as portions with and without skin.

“Our percentage was lower than theirs, at 50 per cent for all products, but part of the reason it was lower was because some of the products didn’t have skin. That’s the more contaminated part of the chicken. The UK study looked entirely at whole chickens.”

She said the Irish study also singled out Irish-produced whole chickens and found 63 per cent were contaminated with campylobacter. “As scientists we are always a bit reluctant to compare because of sample sizes and so on, but the reality for consumers is that chicken has a high level of food-poisoning organism on it. ”

The number of cases of food poisoning caused by campylobacter rose to a record 2,600 in this State last year, compared to 2,288 in 2013. The authority has expressed concern that the number of Irish cases continues to rise while the incidence in Europe generally has started to decline.

Outgoing head of the FSAI Professor Alan Reilly, who leaves the authority on Friday, has called on supermarkets to bear the cost of safety measures during processing which would kill the bacteria.

Dr O’Connor said farmers also had a role to play and consumers could prevent contamination of food by avoiding cross contamination. She reminded people that raw poultry meat should not be washed as this could spread contamination.

Dr O’Connor said people should dispose of bags and packaging materials that have been in direct contact with chicken, rather than rinsing them and putting them in the green bin. The authority also advises packing raw poultry and raw meats in a separate shopping bag to other foods.

Dr O’Connor said the FSAI was involved in a study looking at how Irish farmers could reduce campylobacter levels “and we’re starting to see positive results. Completely eliminating campylobacter is probably a very long way off. Countries like Denmark that have had a lot of success still have about 19 per cent of flocks contaminated,” she said. “But if we can get the numbers down, we can greatly reduce the level of illness.”

Campylobacter occurs naturally in the intestinal tract of livestock and poultry and doesn’t affect the animals.

“Unless we are happy to irradiate all our food, which would make it sterile, raw meat will always have harmful bacteria and consumers always need to exercise good hygiene,” Dr O’Connor said.

1 If tourists are such pariahs should we not be testing them on arrival?
2 ‘My rent here is so low it’s a joke’
3 EU court to rule on the Apple state aid case
4 Indoor vertical farming is the future says Irish agritech start-up
5 Varadkar and Donohoe to meet banks to discuss mortgage breaks
6 Over 2,000 march in Athenry in support of Apple data centre
7 Screen romances can no longer be sealed with a kiss, so what next for TV and film?
8 Family torn apart by father’s enduring power of attorney
9 Digicel warns of Covid-19 hit after first earnings rise in years
10 Quinnbet: the only enterprise Sean Quinn known to have left
Real news has value SUBSCRIBE