Motel 6 pays $12m for sharing guest lists with US immigration

Money to go to 80,000 people who stayed at seven of the chain’s Washington locations 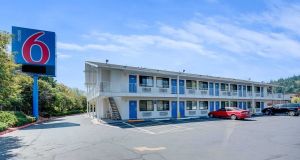 The settlement came five months after Motel 6 agreed to a $7.6 million settlement of similar claims in a proposed class-action lawsuit in Arizon

Motel 6 agreed to pay $12 million to settle a lawsuit in which Washington state’s attorney general said the chain routinely provided guest lists to US Immigration and Customs Enforcement (ICE) agents.

Attorney General Bob Ferguson, who announced the settlement on Thursday, said the money will go to roughly 80,000 people who stayed at seven of the chain’s Washington locations from 2015 and 2017.

He said their privacy rights were violated because Motel 6 gave their personal information to ICE without their knowledge, and at least nine Washington residents were detained.

As part of the settlement, Motel 6 also agreed it will not hand over guest information nationwide absent a warrant or other legal order, and will improve employee training, Ferguson said.

Motel 6 said in a statement it was pleased to settle, and that “the safety and security of our guests, which includes protecting guest information, is our top priority.”

The settlement came five months after Motel 6 agreed to a $7.6 million settlement of similar claims in a proposed class-action lawsuit in Arizona. That accord has yet to receive court approval, court records show.

US president Donald Trump has made immigration a central focus of his presidency.

Motel 6 is controlled by the private equity firm Blackstone Group, which bought the brand in 2012.