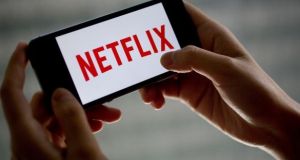 More than half of TV licence holders aged 30 years and under are considering ditching television altogether rather than continuing to pay the annual charge, according to a new survey.

The study shows that increased consumption of online content and streaming services such as Netflix and Amazon Prime is leading many to wonder why they should pay the €160 annual licence fee.

Currently, any household with a television set is required to pay the charge. However, the fee does not apply to those who view all their video content via laptops, tablets or smartphones.

The online survey of more than 1,000 people, which was carried out by Censuswide on behalf of telecoms and broadband provider Pure Telecom, shows one-tenth of adults have already stopped paying their licence after switching to online-only content. This figure rises to 17 per cent for those aged 30 and under.

The study also reveals the average consumer spends 6 hours 36 minutes watching streamed or online content each week. This trend is even more pronounced with younger audiences, with those aged 30 and under consuming 8 hours 47 minutes of online video per week.

The research shows people living in Donegal are the heaviest consumers of streamed and online content, watching 10 hours 18 minutes each week. Those living in Cavan spend the least time on streaming sites, watching only 3 hours 12 minutes per week.

“The quality of content produced for online platforms has been steadily rising to the point where it is now at least on par with - and in many cases it outshines - what is offered on traditional television channels,” said Pure Telecom chief executive Paul O’Connell.

“People also now take for granted the convenience of on-demand viewing and the ability to watch content on-the-go. Coupled with very high quality content now available online, it is natural that consumers are questioning the need to continue to pay for a TV licence,” he added.