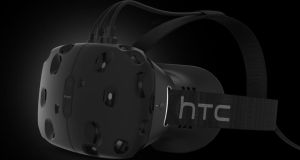 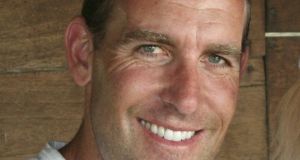 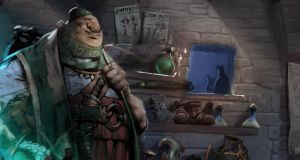 Screenshop from the Secret Shop game

I arrive at Gamescom in Cologne trying desperately to keep an open mind about computer games and the people who play them. I encounter my first challenge before I even leave the train station at the trade fair: a long-haired man in his early 30s talking excitedly in Finnish about Star Wars, wearing a sweat-stained T-shirt with the slogan “Keep on Diggin’”.

To halt my inner cynic I remind myself what I read on the train about how the computer and video games industry is now bigger than Hollywood, with worldwide global sales of $93 billion last year, set to rise to $111.1 billion by 2016.

Everyone plays computer games now, from Angry Birds-addled pensioners to Plants Vs Zombies obsessed toddlers. In between, the teenagers and twenty-somethings who spend the summer in darkened rooms, immersed in the endless world of Minecraft.

While the Entertainment Software Association (ESA), the US industry lobby group, insists a large number of gamers are women, it admits in a recent report that the average gamer is male, 31, and has been playing for 14 years. Like our Finnish friend in the “Keep on Diggin” T-shirt.

But this is all about to change, change utterly – and that’s why I’m in Cologne. After four decades that has seen us go from cabinet-sized arcade consoles to bulky home computers, then sleeker consoles and the latest boom in handheld gaming. Now the next iteration is upon us: virtual reality (VR).

For years VR has been the bridesmaid more than bride of the computing industry, something that has been promised to be around the next corner so often that people have stopped waiting. But now we have taken the bend and some of the biggest players are ready to leap into virtual reality, from Sony to Facebook, which acquired VR company Oculus last year for €1.6 billion in shares.

All VR systems promise the same thing: you strap a headset that looks like a small car onto your head, then stagger around the room gesticulating wildly, more to be pitied than censured by onlookers. Inside the headset are two screens, one for each eye, showing you another dimension where you can... well what, exactly?

That is the first of two challenges facing this technology: what is it for? Gaming or more? The second challenge has been to improve the technology so you don’t, as users did in the past, feel dizzy and sea-sick as your brain struggles to process the images generated at such close quarters.

These two unresolved issues have meant that, until now, VR has been the prototype preserve of tech shows. But no more. This Christmas, you will be able to buy the first market-ready VR headset system. Not from Sony or Facebook-Oculus but from HTC.

The Taiwanese HTC corporation, best known for its well-regarded smartphones, has stolen a march on other players by promising to have its VR headset, the HTC Vive, on the market for Christmas.

“For 20 years we have been talking about virtual reality but it’s always been confined to labs and experiments,” said Mr Jeffrey Gattis, HTC executive director of emerging devices.

“We think it is important for the development community and for people to know virtual reality is ready.”

But am I ready for virtual reality? With some trepidation, I head into a small test cabin where the headset, still the size of a small car, is strapped to my head. I get a wireless handset in each hand and some bulky headphones to complete the sensory deprivation. And then it begins.

In a flash I have left the sticky cabin in the Cologne trade fair and am now deep underwater, standing on the deck of what looks like a sunken pirate ship. Fish swim cautiously around me and I can bat them away with my hands.

Then I notice a shadow and look up and see the mass of a blue whale gliding slowly past me like a spaceship, watching me through a wrinkled eye.

Submerged and immersed simultaneously, I’m not doing anything, just experiencing. The images are so remarkably natural that I’ve forgotten to suspend my disbelief. It’s suspended itself and decided to join me on the ride.

Just as I start to wonder what I must look like, small car strapped to my face, the scene changes and I’m in the Secret Shop, a curiosity-filled stone-and-timber cabin of trinkets, treasures and live animals like a red, agitated octopus.

I can look and walk in any direction and the world moves around me. The only intrusion of reality are the lines that appear in the display to warn me that, in the real world, I’m nearing the wall in the real world.

When I look up I can see, through the planks of the roof, a monster coming for me. It’s like being trapped in an animated Lord of the Rings episode.

Another change and I’m kneeling, Gulliver-like, and watching a minor war between two Lilliputianesque armies.

It’s pointless trying to explain in words how immersive the experience is – the blessing and curse of VR manufacturers. You have to try it to buy it. But to buy it, you have to try it. That’s why HTC is touring the tech shows and has started a roadshow with an 18-wheeler lorry.

The queues have been as staggering as the reaction, says Mr Gattis, with people waiting three hours in baking heat for a short test – only to queue up again for another three hours to try it again.

HTC’s decision to head to market this year has forced other manufacturers to follow suit by the Taiwanese company hopes to maintain its first-mover advantage. After winning early-adopter gamers, Gattis is confident the future of VR will be as broad as it is bright: offering sports fans the chance to sit in their favourite team stadium to watch a match, or documentary lovers the chance to try moonwalking on the moon surface.

“We believe in gaming 100 per cent – there’s no need to sell that – but we believe the potential goes well beyond gaming,” said Mr Gattis. “We don’t want to be put in a box. VR offers broader potential for education, travel and training.”

It’s clear that VR is going to be a runaway success appealing both to those who already love gaming and those who simply don’t “get” the current console-tv-handset experience.

Even as I stand in the cabin, my eyes trying and failing not to believe what they are seeing, my mind is reeling. What, I wonder, will happen to us all when VR goes mainstream? Have I just been offered a first glimpse inside The Matrix?

The potential is huge – as are the consequences for gaming addicts. But those are concerns for another day, when the HTC Vive and its competitors hit the market.

And that is going to be sooner than you think. So far HTC is tight-lipped on what the system will cost, or what software will be available when it launches.

Most are here to sample their next gaming addictions. But stepping into Hall 10 was like a trip back in time: gamers on bean bags, holding red-and-black joysticks. Before them: the ghosts of computing past. Is that someone playing Pacman on the original Atari console? Why is that man programming furiously on a Commodore 16? How can that poor soul be absorbed in a BBC Micro game?

They are all part of a growing trend: classic computing. The clear favourite here is the beige Commodore 64, launched in 1982 and produced until 1994. With its eight-bit graphics and warbling SID sound chip, the Commodore 64 is now so technologically dated that it exerts a whole new fascination.

“The fascination lies in the restriction,” said Oliver Lindau, a computer graphic artist , one of many creating new games for one of the first mass-market computers.

“With today’s systems you can do anything. But the C64 system is limited, meaning you have to be more creative to do more.”

Just as Hollywood special effects cannot cover up a weak script, even today’s knock-out graphics cannot hide poor gameplay. And that, it seems, is the attraction of rediscovering classic computer games – and developing new ones.

Mr Lindau’s project is the point-and-click adventure game Caren and the Tangled Tentacles, with blocky graphics that have a pleasing Picasso-esque quality to them. Another new C64 game on show here is Sam’s Journey, a platform game with cute graphics and wonderful music.

The scene is thriving, from Britain to Scandinavia; Germany even has its own classic computer magazine, Return. For today’s young gamers, trying the C64 is probably the equivalent of trading down from a Porsche to a Model T. But as the original C64 generation age and their children leave the house, the beige box of tricks is coming out of the cupboard. Like vinyl or vintage cars, eight-bit nostalgia is back.