Irish Times has largest number of journalists in top 100, with RTÉ second and INM third 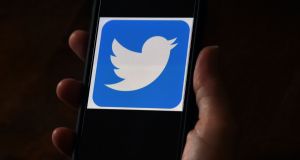 The Irish Times had 24 journalists in the top 100 list. Photograph: Olivier Douliery/AFP

Virgin Media political correspondent Gavan Reilly has been named Ireland’s most influential journalist on Twitter for 2019, topping a list of 100 users that includes 24 Irish Times journalists.

Reilly edged out RTÉ’s director of news Jon Williams for the top spot on the Murray Tweet Index, with former poll topper Matt Cooper in third place. The Virgin Media political correspondent was also number one of the political category, making it the sixth year in a row.

The Irish Times had the largest number of journalists in the top 100, with RTÉ in second place at 17. Independent News and Media had 14 on the list.

Marie-Claire Digby of The Irish Times topped the food and drink category, placing, ranking 43rd overall, and deputy property editor Ronald Quinlan was number one in the property category. Laura Kennedy was top of the beauty category, with Conor Pope number one in personal finance and consumer. Conor Gallagher was top of the crime category, with David McWilliams considered the most influential columnist and also had the most followers, adding 18,000 since last year.

The current pandemic has led to a boost in following for RTÉ health correspondent Fergal Bowers as the coronavirus crisis has seen his followers quadruple. A similar effect was observed last year, with Brexit propelling RTÉ’s Europe editor Tony Connelly to the top of the news category, where he remained for 2019.

“During times of crisis consumers increasingly reach for trusted and specialist sources, reporting in real-time. In the case of Covid-19, health correspondents like RTÉ’s Fergal Bowers – who saw a quadrupling of followers since the pandemic began – are seen as playing an important role in quickly sifting between fact and fiction in these challenging times,” said Pat Walsh, managing director of Murray.

“From a commercial perspective Covid-19 looks to be accelerating the structural shift to online news consumption. Now more than ever platforms like Twitter will play an important role in promoting content and guiding readers to the websites where they can find what they are looking for.”

The Top 100 journalists have increased their follower count to 3.3 million, a 6 per cent increase on last year.

However, female journalists are still under-represented, accounting for less than 30 per cent of the top 100. “For the first time we have looked at the proportion of female journalists in the Top 100, which at around 30 per cent is similar to disparities at a senior level in the corporate sector,” said Doug Keatinge, director at Murray Consultants, who led the research. “Like many other career paths, women remain under-represented, and a higher proportion of strong female journalist voices in the index would be welcome.”

This is the sixth year of the index’s publication, which looks at several factors including popularity, quality of engagement and activity on Twitter. More than 700 journalists were ranked.

1 Belgium helps Ireland to a Brexit boon
2 Can Grafton Street stop the flood of closures?
3 ‘My rent here is so low it’s a joke’
4 Irish tech firm to facilitate cashless tickets for hurling and football
5 ‘Sad day’ for House of Ireland as tourism retailer goes out of business
Real news has value SUBSCRIBE