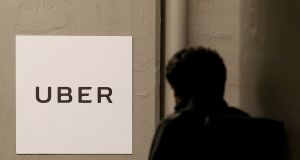 Waymo, the self-driving car company owned by Google’s parent Alphabet, filed suit against Uber on Thursday alleging that the ride-share company engaged in the “calculated theft” of its self-driving technology.

The suit is the latest setback for Uber, still reeling from the viral #DeleteUber campaign and which this week launched an “urgent investigation” into claims of sexual harassment.

The lawsuit, filed in US district court in San Francisco, contains explosive allegations that a former Waymo employee, Anthony Levandowski, plotted to steal Waymo’s technology and trade secrets before leaving to start his own self-driving truck company, Otto. Uber acquired Otto in August 2016, reportedly for $680m.

At the centre of the suit is Waymo’s proprietary LiDAR system - the “eyes” that self-driving cars use to see other vehicles, the road and pedestrians. Waymo says that it spent seven years and significant amounts of money developing its LiDAR - and alleges that Uber’s recent advances in self-driving technology are due to its theft of the Waymo LiDAR design.

“We take the allegations made against Otto and Uber employees seriously and we will review this matter carefully,” an Uber spokesperson said.

Waymo’s complaint suggests that the company has significant evidence of intellectual property theft by Otto.

Levandowski downloaded 9.7 GBs of “sensitive, secret, and valuable internal Waymo information” from the company’s secure design server prior to the leaving the company, including specifications for Waymo’s LiDAR circuit boards, according to the suit. He then attempted to erase his “forensic fingertips” by wiping his company laptop, the suit alleges.

Additionally, the suit claims that Levandowski met with Uber executives in January 2016 - while he still worked for Waymo and one day before he formed the company that became Otto.

Other Waymo employees who left the company to join Otto also downloaded confidential company information before leaving, the suit alleges.

Though Waymo had “grave concern” about Uber’s acquisition of Otto, the company received a surprise on 13 December 2016, when Waymo was apparently inadvertently sent an email from a LiDAR component vendor - apparently intended for Otto.

The email included a drawing of Otto’s LiDAR circuit board, which Waymo alleges “bore a striking resemblance to - and shared several unique characteristics” with Waymo’s own secret design.

“I don’t see how the defendant thought they were going to get away with this, especially today when everything is logged and stored,” said Mark Terry, an intellectual property lawyer.

Leaving a company with skills and knowledge is permissible, Terry said, but taking documents is another matter. “If it’s true he did these things it’s pretty egregious.”

Still, Terry suggested that even if Uber is forced to pay a large judgement or settlement to Waymo, the benefit of the information may have been worth it.

“Their R&D has really jumped forward many steps,” Terry said. “They gained a huge advantage. I would not be surprised if they had done a cost-benefit analysis beforehand.”

1 Caveat: Irish tourism must also help itself to survive the pandemic
2 ‘Saudi Arabia is where the opportunities will happen in future’
3 Two men face fraud charges over £1.2bn sale of Nama’s NI loans
4 What will the office market look like after the great remote working experiment?
5 Beer sales down sharply during Covid-19 lockdown
Real news has value SUBSCRIBE