Test your knowledge with the Christmas Tech Quiz

How well do you know your apps, wearables and the movers and shakers? 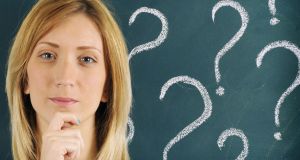 1. According to analytics firm App Annie, what are the four most popular mobile apps of the decade?

2. What company delayed the launch of its first foldable mobile phone earlier this year because reviewers found the screens were breaking?

3. What mobile network was first to market with 5G in Ireland?

4. Which tech giant announced in November it would buy wearable technology company Fitbit?

5. Which high-profile chief executive won a defamation case taken against him by a British cave explorer over a controversial tweet?

6. Which tech company found it was unable to offer Google services on its smartphones after a decision by the Trump Administration on US companies doing business with Chinese firms?

7. Which Irish husband and wife team sold their stake in Meath-based Prepaid Financial Services when the company was acquired by EML Payments for €327 million?

8. What is the name of Apple’s new TV service launched on November 1st as a competitor to Netflix?

9. Which two men stepped down as chief executive and president of Alphabet in December?

10. What is the name of Microsoft’s new Xbox console, codenamed Project Scarlett?

11. Which Irish multimedia provider linked up with Apple to offer its new TV service on an Apple 4K TV box?

12. Which company finally threw in the towel on the electric car market this year because it would not be commercially viable?

13. What is the name of the streaming gaming service launched by Google this year?

16. What Irish company won the Irish Times Innovation of the Year award 2019?

17. Researchers at Trinity used whiskey from what Irish distillery as part of a new process to create graphene?

18. Online payments company Stripe raised $250 million earlier this year. What was the market valuation of the company following that fundraise?

19. Photographs of Vladamir Putin in his office released by his press service in December raised concerns about cyber security. Why?

20. California-based game company Blizzard found itself at the centre of a storm after it banned pro esports player Blitzchung from Hearthstone eSports for one year. Why?

This year the winner will receive a Google Pixel 4XL smartphone, courtesy of Google.

Finally, all submitted entries will be in with a chance to win a relaxing overnight escape to Carton House staying in one of their newly refurbished guest bedrooms with a delicious breakfast each morning and dinner on one evening in their brand new gastropub, The Carriage House.

Entries should be sent by email to techquiz@irishtimes.com.

Entries must be received by the close of business on January 3rd, 2020.

The winner will be announced the following week. The judge’s decision is final.

1 FinCEN Files: Dublin business features in leak of US treasury documents
2 The FinCEN files: Unchecked by global banks, dirty cash destroys dreams and lives
3 A look at Elon Musk’s track record ahead of Tesla’s ‘battery day’
4 Chris Johns: We’re in for a triple whammy of Covid, Brexit and the US elections
5 Aldi empire wracked by family feud
Real news has value SUBSCRIBE