Tech Review: Motorola G6 the best budget smartphone out there 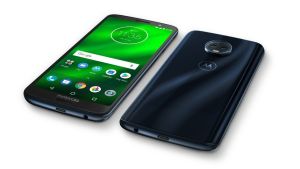 The Motorola G6 strikes a good balance between keeping costs down and decent specs.

Where to buy: www.motorola.com

How much did you spend on your last smartphone?

If you got it “free” on bill-pay, chances are you are still paying for it, it’s just spread out over the life of your contract. If you bought it outright, you’d be looking at very little change from €1,000 for any of the main flagship phones – and that’s if you’re lucky.

But you don’t need to spend that much to get a good phone. Motorola has been banging that drum for a while now with the well-received G series of phones. Reasonable prices combined with good specs make the Moto G a good choice for those who don’t want to compromise too much on power but don’t feel willing or able to spend the guts of a mortgage payment on one.

I’ll go out on a limb and say the Motorola G6 is the best budget smartphone you can get at the moment. It has some of the features you’d hope to see on a high-end smartphone, and the ones it has left out, you won’t really miss.

Well, almost. There is one exception. The Moto G6 isn’t water resistant, and that could be an issue for some people. It’s not just about keeping your phone away from the pool (or the toilet); it’s about getting caught in a sudden downpour, or taking the phone into a damp atmosphere.

But look, we can’t have everything. And what we get with the Moto G6 is worth more than a bit of protection against a quick dip.

First up, the aesthetics. There is no point in having a great smartphone that has a decent price tag attached if the phone itself looks awful. Yes, looks shouldn’t count in life, but you’re choosing a smartphone rather than a lifelong friend and, all other things being equal, you want to be the better looking phone to ensure you seal the sale.

The G6 certainly pulls its weight there. The Gorilla Glass back looks more premium than the phone’s price allows for, and although it’s not the thinnest phone out there, it certainly doesn’t feel bulky.

The G6 keeps the headphone jack and swaps the micro USB charger for USB C, both located on the bottom of the phone. A full HD display clocks in at 5.7 inches, with bezels slimmed down on either side. One place it stays thick though is the bottom, where the fingerprint reader and the home and back buttons take up a little more space than you’d like. The G6 also has NFC for contactless payments, so if you are a Google Pay user, you are sorted here.

Security wise, the G6 has a fingerprint reader on the front of the device, and also uses facial recognition to unlock your phone. The fingerprint reader is exactly as you’d expect, but the facial recognition was a pleasant surprise. It worked very well in good light, unlocking the phone quickly with little pause; in poorer lighting conditions, it took some time and I had a few false starts.

On the inside, the G6 has 3GB RAM and a Snapdragon 1.8 GHz octa-core processor. For the most part, it worked speedily. There was a little bit of lag when playing games that put the phone under pressure, but it wasn’t enough to put the phone on the “do not buy” list.

There’s a 3000mAh battery inside too, which will give you a decent length of battery life – once you don’t put the phone under too much pressure. But a quick charge feature makes sure it powers up again quickly. There’s no wireless charging though.

Extra credit to Lenovo for including a simple protective case in the box though. The frustrating thing about phones that aren’t Apple or Samsung flagships is that you often have to hunt high and low for a compatible phone case, before giving up and getting one online.

You’d really rather buy in a bricks and mortar store, because you need it there and then, but sometimes retailers make it really difficult to spend money with them.

The G6 strikes a good balance between keeping costs down and decent specs. The screen may not be Super AMOLED or quad HD, but it is bright and clear, perfect for watching films, playing games, browsing the web and so on. There is a bit more bezel than I’d like, but it’s not over the top.

Don’t let this phone near water; it’s not water resistant. That is disappointing, but not completely surprising. The camera can also be a little on the sluggish side at times, although the photographs it produces from both the 12 megapixel rear camera and the 8 megapixel front facing camera are good.

The phone has biometric security features, with face recognition and fingerprint to choose from.

Another solid phone from Motorola, at a price you can’t argue with. The best budget Android phone I’ve seen so far this year. Five stars