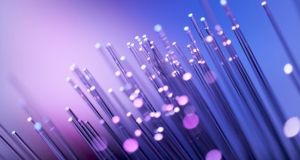 Ireland will miss the deadline for implementing the biggest changes to EU telecoms law in almost a decade, with the State facing significant fines as a result.

The EU Electronic Communications Code, which sets out revisions to the existing telecoms regulatory framework, was published two years ago with the deadline for transposition of the directive by member states set for Monday next.

The Department of Communications has confirmed it is not in a position to meet the transposition deadline for implementing the changes however, leaving it open to infringement proceedings.

The measures included in the code cover, among other things, the promotion of investment in high-capacity networks such as 5G, updates to universal service rules, new fixed and mobile termination rates, and revisions to spectrum management.

The code also promises better protection to consumers, although it is expected to offer limited value in terms of allowing member states to introduce more robust enforcement rules on operators.

The department said that while much of the transposition work has already been completed, some outstanding issues remain for which further legal advice is required.

The department last week shared the text for the end user rights element with industry representatives and said it intends to issue a full draft text in the new year, with operators then having a four-week period to respond to the document.

“Ensuring the regulatory framework as transposed by Ireland is fit for purpose for the next decade is critical. The department’s objective is to complete the transposition process as soon as practicable but in doing so must ensure a fully effective and considered legal instrument,” a spokeswoman told The Irish Times.

Operators have largely welcomed the delay in transposing the legislation due to there being outstanding issues with some elements of it. However, some have also voiced frustration at the time it has taken, having previously warned the department of delays earlier in the year due to the Covid crisis.

Telcos have stressed that being in a position to implement the new regulations could take them months with many forced to interpret issues by themselves so as to make investment in changes to IT systems and business processes.

“The industry has been heavily engaged in consultation throughout 2020 but there are still some challenges,” said Ronan Lupton of Alto, a body that represents all the major telcos except Eir.

European stocks weak despite favourable Chinese output data 11:27
Ireland is 13th most expensive place in the world to live 11:31
New online portal for people seeking to upskill or retrain 09:15
State plans Covid-19 testing for lorry drivers on ferries to France 08:22
China’s economy picked up speed to end 2020 in solid shape 08:12