Sony commits to successor for PlayStation 4

Move comes as speculation grows over future of consoles 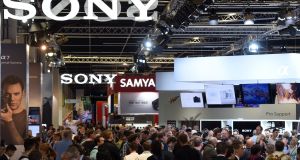 There have been industry rumours that Sony might be planning a tablet that would connect to multiple devices. Photograph: Getty

The president of Sony has confirmed that the company is working on a successor to the PlayStation 4, as speculation intensifies over whether traditional gaming consoles have a future.

“At this point, what I can say is it’s necessary to have a next-generation hardware,” said Kenichiro Yoshida, in an interview with the Financial Times. He declined to formally name Sony’s future console the “PlayStation 5”.

His comments came after mounting debate over how Sony should address the spectacular rise of the $70 billion (€61 billion) global smartphone gaming market and the shifting habits among its customers as it readies games studios and the global market for a successor to the PS4.

There have been industry rumours that Sony might be planning a tablet that would connect to multiple devices as online streaming of games becomes more widespread and the company seeks to derive ever greater synergies between its games and movie divisions. – Financial Times

1 Are there annual limits on inheritances or gifts to a child?
2 US threatens retaliation against EU over proposed carbon tax
3 Comcast acquires Irish cloud-based telco Blueface
4 Money matters: ‘My father embarrassed us with his haggling’
5 Pilita Clark: When a rude boss keeps you waiting, why not walk out?
Real news has value SUBSCRIBE