Snapchat raises $1.8bn in funding round 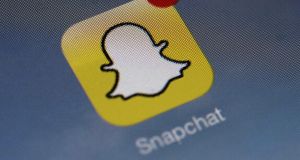 Snapchat, the ephemeral messaging app, has raised $1.8 billion (€1.61bn) in its latest funding round, according to a regulatory filing on Thursday, padding its war chest as it attempts to evolve from a teen phenomenon into a broader platform of media and video content.

The website also said Snapchat was seeking a valuation of about $20 billion. Snapchat didn’t disclose those details in its filing to the US Securities and Exchange Commission on Thursday.

Separately, TechCrunch said it had obtained a leaked pitch deck, showing that Snapchat brought in just $59 million in revenue in 2015, but is now ramping up its business in earnest.

Snapchat’s app, which allows people to post videos and pictures that disappear after they’ve been viewed, has more than 100 million daily users who spend an average of 25 to 30 minutes on it each day.