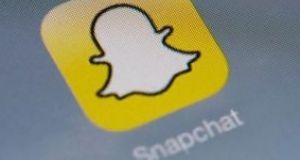 Snapchat’s move will fuel speculation that the photo-sharing start-up is building a pair of augmented reality goggles.

Snapchat has given the strongest hint yet of its ambitions to move from apps into hardware, by joining the industry group that runs the Bluetooth wireless standard.

The move, which follows a string of new recruits and acquisitions from the world of consumer electronics, will fuel speculation that the photo-sharing start-up is building a pair of augmented reality (AR) goggles.

Apple, Google, Microsoft and Facebook have all recently expressed interest in augmented reality, which overlays virtual objects on top of real-world images.

The messaging service, which now has 150 million daily active users, has expanded far beyond its original disappearing messages, becoming a platform for live events and professional publishers, as well as chatting with friends.

Reports that Snapchat was developing a wearable device first emerged in March, when tech news site CNET reported that people from Nokia and Logitech with expertise building hardware had joined a secret research and development lab.