Quit social media and clear some space in your life 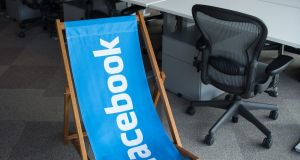 Sitting this one out: maybe it’s all getting a little bit too much, that constant noise and stream of information from social media that we’re expected to process. Photograph: Bernd Von Jutrczenka/EPA

You know what I’m talking about. There’s always one hiding on your friend list. Maybe they’re the indiscriminate sharer, whether it’s dubious motivational posters featuring almost certainly fabricated quotes from world leaders or pleas to find a lost cat that went missing on the other side of the world.

Perhaps they favour the cryptic statuses that are somehow meant to raise awareness (hint: if no one knows what you’re on about, you are pretty much failing the fundamental point of raising awareness of anything). Or worse: the poster who likes to share photographs of the results of animal cruelty that pop up with alarming regularity.

It’s an important topic and one that shouldn’t be ignored or swept under the carpet, but there are better ways to highlight it without photos calculated to induce nightmares that seem timed to hit your newsfeed over your lunch.

Even if their behaviour doesn’t warrant rallying the mob – is nipping to take someone’s car parking space really that much of a crime? – it seems any minor infraction is worthy of a “PLEASE SHARE!” post while friends and acquaintances urge the offended party to name and shame the perpetrator.

Don’t get me wrong, I’ve had a whine or two on social media, and I love a good cause célèbre as much as the next person, but I think we need to start introducing some standards here.

Although, who am I to start insisting on that? If we all used social media while being careful to avoid others’ pet hates, it would be a much quieter sphere.

But there is a more serious side to some of it. Have you ever stopped to think that by sharing someone’s latest crusade, you might be getting yourself into legal trouble? Wrongly identify someone in a photograph, or claim they’ve done something that they haven’t, and you could find yourself on the wrong side of the State’s libel laws.

It doesn’t make a difference that it’s only on Twitter or Facebook; defamation is defamation, and dashing off a quick update to your followers – whether they number 20 or 20,000 – still counts as publication in the eyes of the law.

And it’s harder to keep a handle on too. If you post something, who knows where it ends up? Tweets that are deleted still have a habit of resurfacing through screengrabs and retweets. Just ask any public figure who has tried frantically to delete a tweet, only to find someone has helpfully screen grabbed the entire conversation and is willing to share it around all over again. It rarely goes away.

And that’s before you get into the minefield of data protection laws you could run foul of by posting up photos from your home CCTV system of the person you’re sure scratched your car deliberately last week.

Social media is great for keeping in contact with friends and making new ones. It’s entertaining, it’s informative. It puts you in touch with viewpoints you’d never come across in your own social circle even if that’s not always a positive experience. But maybe it’s all getting a little bit too much, that constant noise and stream of information that we’re expected to process.

There’s been a growing trend recently among friends and family to quit Facebook.

The prospect is alluring at times. Imagine being free from the constant notifications and the compulsion to check on accounts at least twice an hour.

But if I quit, where would I hear the latest rumour about which celebrity has died? How would I inadvertently spoiler myself on the new series of the Walking Dead? Where would I keep up with the latest memes or see who has had the haircut from hell, all in a matter of seconds?

As I said, it is enough to make you want to quit social media entirely. Which I’ll do, just after I check my Twitter DMs. And my Facebook notifications. Just let me post this one photo to Instagram.

1 How can I view my dead brother’s will if I’m not the executor?
2 Michel Barnier rejects UK’s call for Canada-style trade deal
3 Applications for 961 new homes in Dublin and Meath rejected
4 Barry’s Hotel at €8m comes with potential to double in size
5 Walmart disappoints with weak sales volumes over Christmas
Real news has value SUBSCRIBE