Online music piracy on the decline

Streaming services such as Spotify and Apple Music increasingly popular 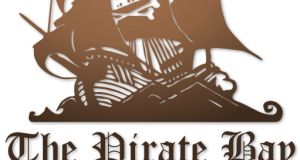 If our music consumption patterns are anything like our UK counterparts then online music piracy may be on the decline in Ireland.

A new report from internet-based market research firm YouGov suggests music piracy in the UK has fallen from 18 per cent of Britons five years ago to 10 per cent in 2018.

The report says that this number “looks set to decrease”, which is in part due to the availability of streaming music services. Sixty-three percent of those surveyed said they had had stopped illegally downloading music from sites like The Pirate Bay since they had signed up for streaming services such as Spotify and Apple Music.

Asked to explain why they had switched over to paying for music, one respondent said: “It is now easier to stream music than to pirate it. And the cost is not prohibitive”.

Of those who admit to illegally downloading music, 44 per cent claim it is because they can’t find it anywhere else while 51 per cent don’t like the fact that some music is exclusively tied into one streaming platform, making it inaccessible to others.

1 Retailers accused of ‘stealing business’ from rivals by flouting restrictions
2 Nama grants Ronan four-month extension on €160m glass bottle site deal
3 Outgoing Irish a sitting duck for Covid
4 How long can Government afford to keep State pension age at 66?
5 In praise of Gogglebox Ireland, an essential service in all but name
Real news has value SUBSCRIBE