Revenue fell 5 per cent to €6.57 billion between October and December 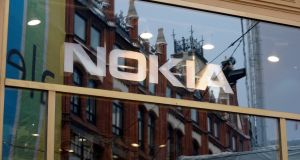 Nokia said its October-December underlying earnings fell to €0.14 per share from €0.15 a year ago, beating the €0.11 consensus.

Lundmark took over Nokia’s top job in August after product missteps by the company saw it lag Swedish rival Ericsson and Chinese group Huawei in the race to win deals to sell 5G network equipment.

Nokia shares have seen wild swings over the last two weeks as the stock has been targeted by the retail trading frenzy, alongside Gamestop and other tech companies. – Reuters