Newly merged security specialist sees pre-tax loss of €10.16m due to legal and other fees 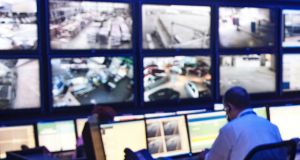 Netwatch Group is made up of Carlow-based Netwatch with California-based National Monitoring Centre, CalAtlantic, Texas and UK-based Onwatch Multifire.

The recently merged Netwatch Group recorded revenues of €35.1 million in its first 10 months in business in 2018, new accounts show.

However, legal and professional fees totalling €7.26 million arising from the merger of four businesses making up the new Netwatch Group from the UK, the US and the Republic contributed to the business recording a pre-tax loss of €10.16 million in 2018.

The Netwatch Group is made up of the Carlow-founded Netwatch along with the California-based National Monitoring Centre, CalAtlantic in Texas and the Sussex-based Onwatch Multifire. The deal was funded by private equity firm Riverside which is the largest shareholder in the new group.

The directors state that “the group had a strong year in their first period operating” and the US market led the way with revenues of €22.2 million with the Irish market generating €6.7 million while the UK market generated €6.2 million.

The directors for holding company, Project Olive Holdings Ltd state that “management are forecasting significant increase in new business in the short term over 2018 levels”.

1 Opioid executive admits to ‘no morals’ ahead of prison term
2 Are there annual limits on inheritances or gifts to a child?
3 Farmer seeks to challenge €3.6bn Intel plan in High Court
4 Profits rise at JPMorgan Chase and Citigroup but slump at Wells Fargo
5 Apple’s Irish company structure key to EU tax finding
Real news has value SUBSCRIBE