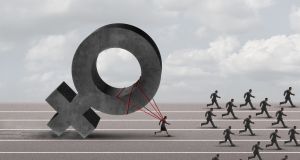 Few women working at VC firms are in investment decision-making positions, according to a new survey

Venture capital is not for the faint-hearted. And according to a new study, it seems not for women or racial minorities either.

The VC sector has long been accused of fostering a culture in which “bros fund bros”. Now, a National Venture Capital Association (NVCA) and Deloitte survey shows that this largely remains the case, even with a rise in the number of women working in the industry.

Although women now comprise 45 per cent of the total venture capital workforce in the US, few are in investment decision-making positions, the study finds.

Indeed, women represent just 11 per cent of partners on venture investment teams and in general, the smaller the firm, the smaller the percentage of females working at decision-making level.

Racial minorities are also significantly under-represented across the sector. By race, the report found that non-white employees comprise 22 per cent of the venture capital workforce, including black employees at 3 per cent and Hispanic or Latino employees at 4 per cent.

The researchers suggested the under-representation of women and minorities ultimately impact on VC companies’ bottom line.

“Firms may be missing opportunities to develop relationships when they do not represent the growing population of talent in the market,” the researchers said.

For any company looking to discover the next big thing, it would seem to make sense that it would have a diverse workforce. However, as the survey shows, the venture capital sector is some way off being representative of anything other than white men.