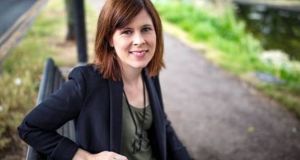 Soapbox Labs founder Patricia Scanlon: ‘We are the only speech recognition company that can do voice tech at this level of accuracy.’

The company intends to use the money to significantly scale the company after spending many years developing its ground-breaking technology.

SoapBox uses artificial intelligence and deep learning to develop cloud-based speech recognition solutions specifically for young children aged between three and 12. This technology has been popularly dubbed as “Siri for kids”, although it is more complex than that might suggest, as children’s speech behaviour differs greatly from adults.

As well as being used by companies in the edtech space, SoapBox’s voice technology is also increasingly being deployed by smart toymakers. The company has secured close to 30 global licences with clients to date and is on target to hit profitability soon.

Established in 2013, the company was named one of Europe’s hottest start-ups by Wired magazine last year while founder and chief executive Patricia Scanlon was also previously named as one of the top 50 women in tech globally by Forbes.

“I started the company seven years ago and it has been a long road in terms of research and development to get us to this point where we can put our foot on the accelerator and start scaling,” said Ms Scanlon, a former researcher at Bell Labs who has over 20 years’ experience working in speech recognition.

She said the company had seen huge interest from companies to use its technology for remote learning purposes before the Covid-19 crisis, and that this has increased sharply in recent weeks.

“We are one of the very few independent speech recognition companies out there and this is hugely important in terms of privacy. We are a trusted source for edtech providers because we only generate revenues from our technology,” said Ms Scanlon.

“We are the only speech recognition company that can do voice tech at this level of accuracy and we believe there are massive opportunities for us.”

SoapBox’s technology was recently selected by a leading US research institute for use in a $30 million (€27.6 million) educational programme focused on boosting literacy rates among children. The initiative is backed by Facebook founder Mark Zuckerberg and his wife through their Chan Zuckerberg Initiative.

The company also recently teamed up with Microsoft to bring its technology to the tech giant’s Azure platform as part of a pilot project.

“SoapBox Labs are truly at the leading edge globally of voice technology for kids – and with voice-enabled tech becoming so pivotal and with huge multi-market use growth predicted ahead, it’s an Irish company I’m sure we are all going to be hearing a lot more about,’ said Alan Merriman, principal at Elkstone.