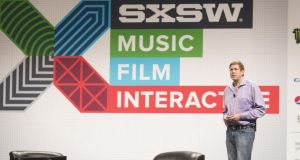 The world-famous gathering, which began in 1987, incorporates a digital technology conference, a trade show and festival where emerging technologies, music and independent films all converge 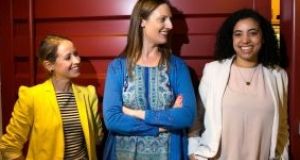 A number of Irish tech start-ups will be heading west this weekend to take part in this year’s South by Southwest (SXSW) festival in Austin Texas, which opened on Friday.

The world-famous gathering, which began in 1987, incorporates a digital tech conference, a trade show and festival where emerging technologies, music and independent films all converge.

“Enterprise Ireland has a very strong association with SXSW and has brought delegations of client companies here for the past six years,” said the agency’s senior vice-president for the West and South United States, Paul Burfield.

“By giving these Irish companies the opportunity to exhibit at SXSW, Enterprise Ireland is helping them to better understand the potential for their product or service in the US market, with the ultimate goal of increasing exports to the US and creating jobs in Ireland,” he added.

A total of 23 companies from Northern Ireland are also taking part in SXSW this year with firms drawn from a wide range of sectors within the creative industries, including film and music production, analytics, app development, healthcare and virtual reality projects.

Also paticipating in this year’s gathering is GirlCrew. The Dublin-based start-up is one of 10 companies to represent the European Union at the event.

Girlcrew, a global network for women to make new friends which now has more than 80,000 members in 46 locations around the world, was chosen out of more than 220 companies in a recent Startup Europe competition to join the EU delegation.

Minister for Employment and Small Business Pat Breen will also be attending SXSW as part of a four-day Enterprise Ireland trade visit to the US.

1 Money matters: ‘My father embarrassed us with his haggling’
2 Pilita Clark: When a rude boss keeps you waiting, why not walk out?
3 Comcast acquires Irish cloud-based telco Blueface
4 Henderson Park seek €400m+ for prime Dublin office blocks
5 Five things to watch out for in Apple’s earnings
Real news has value SUBSCRIBE