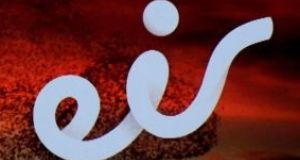 Telecoms group Eir has taken advantage of low interest rates to refinance its borrowings. The company announced on Friday that is has completed a refinancing of €1.6 billion in senior loans, which it says will result in €12 million in annualised savings.

The new agreement replaces one which has been in place since the group emerged from examinership in 2012.

The value of the new senior facility agreement carries a coupon of Euribor – a benchmark short-term rate on euro markets – plus 3.25 per cent, a reduction of 75 basis points compared to the current margin.

“The new senior facilities agreement reflects the growing confidence that both the market and investors have in our business and the company’s ability to execute on our strategy. This has been built upon significant fixed and mobile investment right across Ireland over the past four and a half years,” said Eir chief executive Richard Moat.

1 Paschal’s pitch is based on the economy, Brexit and Project Ireland 2040
2 Ryanair wants Irish courts to block Skyscanner from selling its flights
3 Cosgrave should give his speech to Web Summit’s partners in Saudi Arabia
4 Election proposals may make the housing crisis worse
5 Tesco UK moves to scrap 350m tonnes of plastic per year
Real news has value SUBSCRIBE