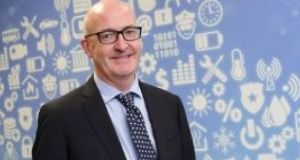 Irish technology company Asavie has been acquired by Nasdaq-listed Akamai Technologies for an undisclosed sum.

The Dublin-based mobility and “internet of things” (IoT) solutions provider, founded in 2004 by Ralph Shaw and Tom Maher, counts the likes of AT&T, IBM, Microsoft, Verizon, Samsung, Telefónica and Vodafone as partners. It employs more than 130 people.

“The Asavie suite of software-defined solutions is designed to enable enterprises to provide access to business resources while continuously protecting the business in a world of evolving cyber threats targeting mobile devices, users and applications,” is how Mr Shaw, the company’s chief executive, described the company.

Asavie last year paid out a €4.23 million dividend to investors after recording revenues of €23.6 million and pretax profits of €1.9 million.

Akamai, which was founded in 1998 and is headquartered in Cambridge, Massachusetts, is one of the world’s largest content delivery network and cloud service companies, with revenues of $2.9 billion last year.

It operates a network of more than 200,000 servers that help companies deliver online content quickly to end users. Akamai estimates it delivers 15-30 per cent of all global web traffic.

Following the acquisition Asavie’s solutions will become part of Akamai’s security and personalisation services product line, which is sold to carrier partners, which embed the technology in bundles they sell to their subscribers.

“What’s notable about the Asavie solution is that, as more IoT devices connect over cellular and 5G, it has been shown to be very easy to scale and protect them,” he added.

The all-cash transaction is not expected to have a material impact on Akamai’s 2020 financial results nor on its previously stated operating margin goal.