Irish start-up Buymie raises over €420,000 in crowdfunding round

On-demand grocery delivery service has secured over €800,000 from backers in 2017 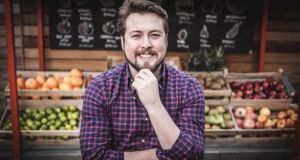 Buymie co-founder Devan Hughes: Buymie intends to use the additional funds raised to expand its services to Britain.

Buymie, an Irish on-demand grocery delivery service whose backers include Unilever, Dragon Den’s star Eamonn Quinn, and the former head of Morrisons online channel, has raised more than €420,000 in a crowdfunding campaign.

This brings the total amount raised by the start-up, which was only established by Devan Hughes and Artavazd Sokhikyan in February 2016, to over €800,000.

With six days of the campaign still to run, the start-up has received the backing of over 260 investors. The company is currently valued at about £2.66 million.

Buymie intends to use the additional funds raised to expand its services to Britain. Currently worth over £9 billion today, the UK grocery e-commerce market is expected to reach between £16 billion and 18 billion in the next five years.

However, large grocery retailers lose as much as £400 million annually with existing online services and mainly provide only next-day delivery.

While online grocery deliveries are nothing new, Buymie, which is a mobile-first platform, differs from services offered by the likes of SuperValu and Tesco by offering a rapid turnaround with groceries delivered within an hour for those perpared to pay a premium fee of €6.99. The costs drops to €4.99 for those prepared to wait two hours and to €3.99 for three hours.

On top of the delivery charge, shoppers also pay a commission of 14.75 per cent on the value of their basket, with the average basket containing 19 items. Buymie has at least 50 stores on its books in the greater Dublin area with customers prepared to pay a premium to be able to avail of goods that can be delivered promptly.

Unilever, which this week announced plans to double down on its start-up collaboration programme with Dogpatch Labs in Ireland, is one of the backers of the business. Other investors include Scott Weavers-Wright, who founded Kiddicare. com and then ran Morrisons online channel after the supermarket acquired his company for £70 million.

Former Dragon Eamonn Quinn, who along with his four siblings previously held a 55 per cent stake in Superquinn prior to its sale to SuperValu, is also a backer of the firm.