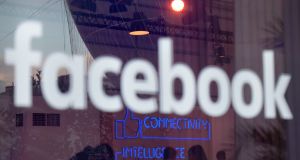 The EU is preparing to roll out its landmark new data privacy regulation (GDPR) in May next year. Facebook said it would introduce “additional” data protection controls ahead of the May deadline.

Germany’s competition authority has warned Facebook is collecting and transferring data in an “abusive” way from third parties outside its social network, in the latest blow for the social media giant in Europe.

In a preliminary ruling, Germany’s cartel office (FCO) said Facebook was abusing its “market dominant” position in the country and warned over the mass collection of private data carried that risked violating the EU’s tough laws on privacy.

Facebook has been under scrutiny in Europe over its privacy practices and is facing a European Court of Justice ruling over its ability to transfer personal information such as pictures and emails from the EU to the US.

The EU has some of the toughest data laws in the world, enshrining the right to privacy as a fundamental citizen right. Earlier this week, Facebook was warned by France’s data protection watchdog that its data sharing with WhatsApp – the instant messaging company it has owned since 2014 – risked falling foul of French privacy laws.

Germany’s competition authorities opened an investigation into Facebook in 2016 – the first anti-trust probe the company has faced in Europe. A preliminary legal finding on Tuesday said Facebook does have a dominant position in Germany’s social media market, that it limits its users’ ability to switch to another service, and that signing up to a Facebook account was conditional on the company “being allowed to limitlessly amass every kind of data generated by using third-party websites and merge it with the user’s Facebook account”.

“From the current state of affairs we are not convinced that users have given their effective consent to Facebook’s data tracking and the merging of data into their Facebook account. The extent and form of data collection violate mandatory European data protection principles,” said Andreas Mundt, head of the FCO.

Facebook denies it has a market dominant position in Germany.

“The reality is that Facebook doesn’t show any of the signs of a dominant company in Germany or elsewhere”, said Yvonne Cunnane, Facebook’s head of data protection in Ireland.

“The FCO’s preliminary report paints an inaccurate picture of Facebook. Although Facebook is popular in Germany, we are not dominant. We’re just one part of how people interact, and we must constantly innovate to ensure we’re meeting people’s expectations,” said Ms Cunnane.

Germany has taken a tough stance on social media companies over privacy, hate speech and misleading information. Berlin passed a tough new law earlier this year crackdown on hate speech by hitting social media giants with fines up to €50 million for failing to delete hateful posts or fake news.

The EU is preparing to roll out its landmark new data privacy regulation (GDPR) in May next year. Facebook said it would introduce “additional” data protection controls ahead of the May deadline.

“We’ll be working directly with relevant data protection officials to ensure our approach meets the requirements set out by GDPR and are confident that we’ll be able to address the questions posed by the FCO”, said Ms Cunnane.