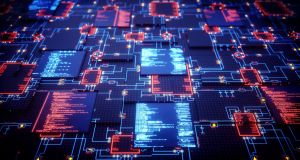 Ion was one of two potential suitors looking to break up Fidessa’s proposed deal with Temenos. Photograph: iStock

Ion Investment Group has agreed to buy UK rival Fidessa in a deal worth £1.5 billion (€1.7 billion), with the British trading technology group accepting a higher offer and switching its recommendation from a bid by Switzerland’s Temenos.

On a pivotal day for Fidessa, the two sides said on Friday they had agreed a cash purchase at £38.703 per share. Fidessa shareholders would also be entitled to a final dividend and the special dividend Fidessa is set to pay this year. Together they amount to 79.7 pence per share, or an aggregate of £39.50.

Ion was one of two potential suitors looking to break up Fidessa’s deal with Temenos, along with the US-based financial services technology group SS&C Technologies.

The UK Takeover Panel set a deadline of 5pm on Friday for Ion and SS&C to either announce a firm intention to make an offer for Fidessa or confirm they would not make one.

Fidessa also adjourned a shareholder meeting scheduled for next Friday to vote on the Temenos deal, which was agreed in February.

Temenos had offered £35.67 a share in cash, plus the 79.7p dividend, for Fidessa. The Ion offer represents a near-50 per cent premium to Fidessa’s share price before Temenos’s interest became public.

Shares in Fidessa rose 0.6 per cent to £40.25 as investors continued to expect a higher bid to emerge.

Dublin-headquartered Ion has become one of Europe’s largest software companies, supplying trading and risk software to the world’s financial markets. Founded in 1999 by chief executive Andrea Pignataro, an Italian former bond trader at Salomon Brothers, Ion is backed by Carlyle, the private-equity group, and has grown via a series over acquisitions over the past decade.

Previous purchases include a controlling stake in Dealogic, and the full acquisition of Patsystems, Ffastfill, Rolfe and Nolan and Wall St Systems.

Last month, Ion confirmed it had completed the acquisition of Openlink, a provider of trading and risk-management solutions for the energy, commodities and financial services industries.

Lindsell Train, Evenlode Investment Management and Elliott International, which collectively own 25 per cent of Fidessa’s shares have given irrevocable undertakings to support the Ion offer. – Copyright The Financial Times Limited 2018

1 ‘I don’t need to do any of this. . .I don’t actually need to work.’
2 Online shoppers face unwelcome tax surprise
3 Anti-alcohol zeal of public health experts peppers reopening debate
4 Admission of mistake in Oxford vaccine dose raises doubts over reliability
5 Move to EU or face disruption, City of London is warned
Real news has value SUBSCRIBE