Company has grown consistently over the last nine years 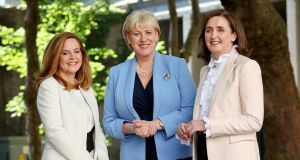 The company said at the weekend that the recent redevelopment of its office on Haddington Road on the capital’s southside gives it the scope to hire 60 new workers.

Intertrust recently expanded the services it provides to allow it act as a managing agent for aviation asset-backed securitisations, where aircraft lessors transfer the ownership of planes to specially-established companies. It has also added performance and reward management services.

The company provides corporate administration, company secretarial, accounting and cash, and specialised agency services. It now employs 90 people so the new staff will increase the total to 150.

“Intertrust is very committed to growing our team and service offering in Ireland,” she said. “The opportunity to recruit up to 60 new staff over the coming years reflects that continued commitment.”

Intertrust Ireland has grown from just one worker when it opened in 2009 to the level at which it is today.

Minister for Business, Enterprise and Innovation, Heather Humphreys TD, expressed “delight” at the news that Intertrust was hiring 60 more workers.

“The Government has been making strenuous efforts to ensure that we have the right conditions, especially skills availability, in place in Ireland to attract the knowledge-based sectors, and announcements like this one today by Intertrust are a vindication of those policies,” she said.