Internet of things adoption on the rise in the Republic 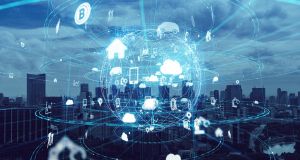 IoT is effectively an ecosystem of digital sensors, home appliances and wearable smart device that can talk to and interact with each other via the internet

Adoption of internet of things (IoT) technologies rose significantly in the Republic last year, according to telecoms operator Vodafone with businesses working in utilities, automotives, agriculture, logistics and healthcare leading the way.

New figures from the company show a huge surge in connectivity for its IoT technology with some 375,000 global connections at the end of 2018, a rise of 35 per cent on the previous year. It said this performance had continued into this year with connections up between 15 to 20 per cent.

Debbie Power, IoT country manager at Vodafone Ireland, said the technology was fast becoming a crucial part of everyday life for organisations in the State with use cases included CCTV connectivity, GPS tracking, streetlight and signage management and remote monitoring.

Vodafone, which last year announced plans to give Irish businesses access to its global “IoT Express” network to allow them to develop and test new products and services, was the first telco to launch a commercial narrowband IoT network in the State.

Speaking to The Irish Times, Ms Power said the company believes agriculture is the sector with the most to gain through increased use of IoT solutions with agritech companies such as Treemetrics rolling out products based on the technology to customers.

IoT is effectively an ecosystem of digital sensors, home appliances and wearable smart devices that can and interact with each other via the internet.

Worldwide spending on IoT technology is expected to surpass the $1 trillion (€890 billion) mark by 2022, according to a recent forecast from research company IDC. It predicted IoT spending will rise 15.4 per cent in 2019 to $745 billion (€662 billion) from $646 billion (€574 billion) last year as adoption rises in both the business space and the consumer space.

Ms Power said the Republic was performing well versus other countries in terms of uptake of the technology with as much as 30 per cent of Vodafone’s customer base being entirely IoT dependent.

“IoT is no longer an emerging technology. It is here and has been for some time. Increasingly it is becoming the norm with many people not even aware they are using IoT,” she said.

Nonetheless, Ms Power added that many companies, including multinationals, were potentially missing out on opportunities to further scale their business because they hadn’t embraced the technology.

“IoT is going to become massive in the coming years with many use cases that haven’t even been imagined yet taking place,” added Ms Power.

1 Over 400 complaints from migrant workers at meat plants lodged with WRC
2 Coronavirus: We must save lives but we also need to live
3 Avoca warns of redundancies due to coronavirus
4 Companies without tax clearance shut out of Covid wage subsidy
5 Staff at Dublin and Cork airports to vote on work practice changes
Real news has value SUBSCRIBE