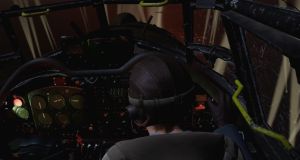 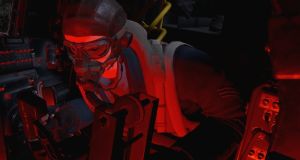 Waterford-based Immersive VR Education has collaborated with the BBC for a new virtual reality-based short film that puts viewers in the shoes of a war correspondent during a bombing raid on Berlin during the Second World War.

The 14 minute film is to be shown at the 65th Venice International Film Festival later this month.

Immersive VR Education, which raised £6 million when it floated on the Dublin and London stock exchanges earlier this year, develops VR content that is typically used in schools, colleges, universities, research centres and corporate training.

It teamed up with BBC Northern Ireland and the broadcaster’s central VR Hub for the new film, which has been made to commemorate the 100th anniversary to the Royal Air Force (RAF).

“1943: Berlin Blitz” lets viewers step into the shoes of BBC war correspondent Wynford Vaughan-Thomas, and retrace his journey on a genuine bombing raid at the height of the Second World War. The film takes the viewer into the belly of a Lancaster bomber high over Berlin, as anti-aircraft shells burst all around.

Immersive VR Education used archive footage of the original radio broadcast of the correspondent’s report that went out over the airwaves on September 4th 1943, just a few hours after the Lancaster Bomber plane landed back at RAF Langar in Nottinghamshire.

“To create the experience, the team gathered hundreds of photographs of Lancaster bombers and all of the original mission data in order to recreate the historic event. We pretty much recreated the mission with everything being historically accurate, right down to the smouldering Berlin landscape below,” said co-founder David Whelan.

Mr Whelan established the company with his wife Sandra in 2014. Immersive VR Education, which has a market capitalisation of £37 million, employs 34 people. Other partners include Oxford University and the Royal College of Surgeons in Ireland.

“It is difficult to describe the VR experience to people and how advanced it is becoming. It would be like describing television to a world that only had radio. However, the interest is there, and as hardware becomes more affordable the industry will grow exponentially,” said Ms Whelan.

1 In this strangest of recessions, what happens next for Ireland?
2 Bank of Ireland sees about 2,000 staff apply for voluntary redundancy
3 Michael O’Leary is the boss you want to lead an airline out of crisis
4 Estée Lauder staff at Dublin airport plan further strike action
5 Best Covid-19 ‘influencers’ will avoid hectoring
Real news has value SUBSCRIBE