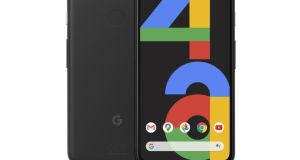 The Google Pixel 4a will get some of the camera technology from the Pixel 4, but will stick with a single camera for the 12.2-megapixel rear-facing lens.

Google has finally unveiled its highly anticipated budget-friendly smartphone. The Pixel 4a is being released in the midst of the Covid-19 pandemic, a situation that led to the delay of the phone’s release.

A better camera, more storage and bigger battery are all included for the new device, which aims to bring as many flagship smartphone features to the device as it can. The Pixel 4a takes over from its 3a predecessor, which was released in July 2019 and was the first outing for the A line.

The 4a will cost €389 and comes with 6GB of RAM. There’s a new design for the device that brings it more in line with Google’s flagship Pixel 4, and an improved 5.8-inch OLED display.

“We wanted to take everything that people loved and thought was great about the 3A and improve upon it even more,” Google said.

This year’s line will see only one size for the 4a, ditching the XL model from last year.

Google said it had listened to feedback from users and designed the 4a accordingly, with emphasis on the camera and battery life.

The 4A will get some of the camera technology from the Pixel 4, but will stick with a single camera for the 12.2-megapixel rear-facing lens. It will also get modes such as a portrait mode that can handle pets, and comes with a larger battery than before at 3,140mAh to give all-day battery life.

It also has an 18-watt fast charger in the box, and has stuck with fingerprints for biometric authentication rather than facial scans.

It is also expanding its live caption feature, making it possible to caption any spoken audio or video on the device across all apps. Google is now adding captioning capabilities for phone calls, including video calls, with all processing taking place on the phone and all data stored on the handset itself.

Google has also opted to keep the headphone jack in the 4a, and doubled the standard storage for the phone, which now starts at 128GB.

1 Irish household wealth jumps by 74% since last recession - report
2 ‘Tax war’ will hit Ireland if digital tax talks fail, OECD says
3 Should I switch bank now with Ulster Bank at risk of closing?
4 Will brother’s widow get half of our parents’ estate when they die?
5 EU said to be leaning towards appealing Apple tax decision
Real news has value SUBSCRIBE