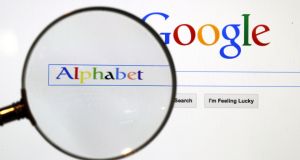 Google wanted Android to be open enough to be adopted but closed enough to reward its investments in search, email and other applications. Photograph: Pawel Kopczynski/Reuters

Matt Brittin, president of Google’s European operations, complained that EU officials “could be better informed than they are”. It might help if Google did not write “confidential” on every page of its contracts with mobile phonemakers.

Last week was another tough one in Brussels for Alphabet, Google’s parent company. Having been assailed over the “right to be forgotten”, how it competes in online shopping and the tax it pays, it faces EU antitrust charges over its Android mobile software. With dominance of internet search comes a lot of bother.

In general, I sympathise with Brittin. There are, as he says, “some places in Europe . . . where the first inclination is to protect the past from the future”. It is being harshly treated over how it displays shopping results and the right of European citizens to eliminate search links they dislike. But on Android – perhaps the most important case for Google’s future – he is wrong.

Google’s strategy for Android has been a masterpiece of craftiness, a case fit for a business school study of how to advance without appearing to attack. Android “fosters competition at every level of the mobile market”, Eric Schmidt, Google’s chairman, insisted repeatedly at a US senate committee in 2011. Yet, somehow, Google still ended up firmly in control.

It is worth examining how Google did this – how Android ended up with 81 per cent of the global smartphone market last year, while Google applications such as search were loaded on most of Europe’s Android phones. It was quite a coup but Margrethe Vestager, EU competition commissioner, should fillet the deals that helped to enable it.

First, in 2005, Google acquired Android, a small company making an operating system based on Linux open source software. It worried at the time that its search franchise could be locked out of mobile by powerful phonemakers such as BlackBerry (it was long ago).

Although Google kept Android free, its claim to being open source is tenuous. Google controls software development and makes any phonemaker that wants to use the Android trademark stick to its standards. Any company that “forks” Android, as Amazon did with the Fire phone – using the source code in its own way – loses the brand and the marketing clout that comes with it.

Second, it skirted the legal trap that led to Microsoft being fined €497 million by the EU in 2004: it did not fully tie its other technology into Android. Companies can sell approved Android devices without Google applications on them. Their choice, though, is all or nothing. If they want any apps – search or maps, for example, or its Play applications store – they have to take a lot.

Ten or so Google apps must be placed close to the home screen, along with the Play store. Vestager’s complaint alleges that Google insists on its search being set as the default by any manufacturer that installs Play. Google also pays some manufacturers not to install other search applications, such as Microsoft’s Bing.

Google has never suggested, as Microsoft once did, that its applications are embedded in the operating system for obscure technological reasons and cannot be removed. The EU saw through that subterfuge and Google has not repeated it. It depends instead on contracts to entrench its position.

The disadvantage is that everything is written down fairly clearly and the intention is evident. Google wanted Android to be open enough to be adopted but closed enough to reward its investments in search, email and other applications.

Google has a trickier balancing act than that facing Apple, which suffers little from its relative lack of size: iOS took 84 per cent of the global profits from mobile operating systems in 2015, according to Strategy Analytics.

But Alphabet does fine, too. Its direct profits from Android are lower but there are other benefits. Android helps to bring it a hefty share of mobile advertising, far too great to sacrifice lightly. Vestager seems quite well informed about Android and she should act on her information.