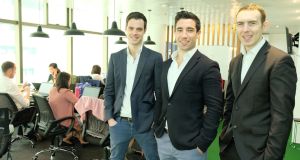 The Philippines-based firm confirmed investments from Accion Venture Lab and Deep Blue VC, bringing to $2.5 million the total amount the company has raised to date.

The company was formed to address what it says is the undersupply of short-term working capital and trade finance to SMEs in the Philippines and southeast Asia. The fintech start-up uses technology to lend to small and medium-sized enterprises, using proprietary software and credit scoring to increase access to financial services, and speed up the process.

“Micro, small and medium-sized enterprises account for more than 99 per cent of Filipino businesses, but often can’t get the funding they need to grow and thrive,” said Michael Schlein, chief executive of Accion. “First Circle can help these businesses and their employees by providing the financing they need, and ultimately developing a more inclusive financial sector.”

Chief executive Patrick Lynch said the expertise brought by Accion was as key to the company as the investment itself. “We’re very excited by bringing in a fund like Accion,” he said. “It took about eight months end to end.”

First Circle’s customers typically get about $10,000 in finance and the company has paid out more than $5 million in loans. The company uses less traditional methods of ascertaining credit worthiness, combining alternative data with traditional sources to measure risk.

“In order for a business to get credit, they have to have collateral or three or four years of a relationship,” Mr Lynch said. “There are some instances of default, but it’s lower than we expected, over time it’s only going to go down.”

Lack of access to capital is an ongoing problem for many SMEs in emerging economies. First Circle’s business is an area that Mr Lynch said the banks had identified as an attractive segment, and he said it was in the process of partnering with banks to help them implement First Circle’s technology to reach customers.

Mr Lynch said First Circle planned to refine its business in the Philippines before moving into other markets, a shift he sees happening in nine to 12 months. But, he said, the company could stay doing business only in the Philippines for the next five years and build an “enormous business”.

“The most important thing for us to do very well in short and medium term is to be able to accurately onboard clients in a fast and efficient, accurate way get all the information we need and use the information to make smart decisions on whether we should or shouldn’t lend,” he said. “Once we are able to do that properly, we have a very interesting position in a part of the world that is growing and has a lot of activity in the peer-to-peer lending space.”

The company is now seeking to hire staff for its operation, which currently employs 35 people.