Finally giving in to the dashcam craze? This’ll get you up and running 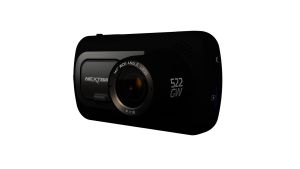 I’m still not convinced I need a dashcam in my car on a permanent basis, but I may be fighting a losing battle on that one. Although the main market seems to be professional drivers and early adopters – for now – there is a growing number of products coming into the Irish market that suggests that the makers of the cameras at least see some sort of market for them.

Nextbase has unveiled its updated range of cameras, with the 522GW providing a few new features aside from the usual upgrades to video and aesthetics. The first is the ability to automatically transfer your video clips over Bluetooth and wifi to the app on your phone, making it easier to save your files as evidence in the event of an accident. It’s available for both Android and iOS.

The new version also gives you an improved mount for your windscreen, and you have a choice of two: a suction mount, which is handy if you plan to switch the camera into different cars, and a very secure 3M sticky version. Both use the new magnetic clip, which clings on to the camera well and takes a bit of effort to dislodge it intentionally – the chances of it coming off the mount accidentally while you drive are almost non-existent. It’s a small change but a welcome one.

Getting everything set up remains simple; once you’ve gone through a few steps, the camera will be ready to go every time you switch it on. Like the 512GW, it will power on and off with the car, and you can set parking mode to kick in when you leave the car.

The most important thing, though, is the footage and its quality. The footage on the 512GW was good, but the 522GW steps it up a notch. The built-in polarising filter helps cut down on glare, and the camera copes a little better with lighting changes during the day. Comparing the two side by side, the differences are there, although the 512GW footage for the most part is quite good.

If you object to Alexa on principle, you don’t have to enable the feature; it’s not a compulsory part of the system

The 522GW also clears Alexa’s path to your car. It builds in Amazon’s voice assistant so you can use it with the dashcam’s functions or control your smarthome – it works the same as your Amazon Echo in that regard.

Do you need it? Probably not. But voice control is an increasingly common feature of the new generation of technology, so Nextbase is just getting out ahead of it. If you object to Alexa on principle, you don’t have to enable the feature; it’s not a compulsory part of the system. However, it is a handy way to go handsfree for a lot of things and potentially prevent an accident.

Speaking of accidents, Nextbase’s new camera has an SOS function that is activated in the event you find yourself in one. It depends on two things: the camera detecting an incident and an alert sent to your phone. If you don’t answer the phone, the system will contact the emergency services for you, providing information such as your GPS location.

There’s also Incident Aware, a setting that will lock the footage of what the camera identifies as an accident so it can’t be accidentally written over, and send it to your smartphone app. It’s a handy feature that makes for one less thing you have to consider if the worst happens and you do have a crash.

The improvements to the video footage are welcome, although the 512GW footage was more than good enough to pick out licence plates and so on.

The new magnetic mount makes it easier to remove the camera, especially if you are wary of leaving electronics in full display in your unattended vehicle.

The cameras are being priced in the same range as their predecessors, so you get better features for the same price.

You’ll need to keep this plugged in if you plan on capturing long journeys. Although the battery life has improved, it will need charging regularly, and the hardwired kit might be a good choice if you are using the camera on a daily basis.

The Alexa integration is nice but not essential; if you are already on board with the digital assistant, it extends its reach into your life even further.

You can also add extras to the 522GW, such as a rear camera, which will record picture-in-picture if you choose, or cabin view, which as the name suggests will record footage of the car interior. While the rear cameras may be of some use, the cabin view is probably one for someone who is picking up passengers regularly, fitting into the taxi market perfectly. You can only use one modular camera at a time though, so choose wisely.

If you plan on getting a dashcam, this is the one to look at.