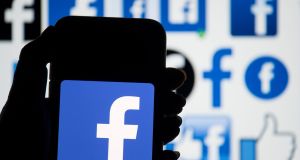 Facebook has made a number of changes since news broke of the Cambridge Analytica scandal, including simplified privacy tools. Photograph: Dominic Lipinski/PA Wire

Facebook is planning to make clear how it uses the data it collects across its social media platforms, including Messenger service and Instagram.

In an apparent admission that its policy documents were too complicated, the company has reworked two of its key documents: the terms of service, and its data policy.

In a blog post written by Facebook’s chief privacy officer Erin Egan and deputy general counsel Ashlie Beringer, the company said it was making the documents easier to understand.

The new data policy explains what information Facebook collects from the devices used to access the platform, including syncing contacts and access to SMS and call history on mobile devices. In recent weeks, people who requested their Facebook data archive found it contained logs of messages and calls.

The company said it also better explained how it combats abuse and investigates suspicious activity, including by analysing the content people share.

According to the firm, the goal was to amend the documents to give them greater openness and transparency rather than adding new provisions.

“It’s important to show people in black and white how our products work – it’s one of the ways people can make informed decisions about their privacy,” the company said. “These updates are about making things clearer. We’re not asking for new rights to collect, use or share your data on Facebook. We’re also not changing any of the privacy choices you’ve made in the past.”

Among the changes to the data policy are clearer information on newer features, such as Live video streaming and 360 videos, Marketplace to buy and sell items, and the ability to start a fundraiser for causes; an explanation of how Facebook uses data to customise the posts and ads shown to users, and suggested groups, friends and pages; and how clearer details on advertising works in the context of data sharing. It also makes it clear under what circumstances Facebook shares data.

The documents are the result of a long process of revision, Facebook said, with the need to balance clarity for consumers with the requirements of regulators.

Users can give feedback on the plans for the next seven days, after which the company will come up with a final document and then ask Facebook account holders to agree to it.

Facebook has made a number of changes since news broke of the Cambridge Analytica scandal, including simplified privacy tools and a hub that makes it easier for users to find them.