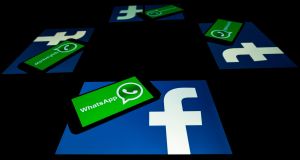 US and EU regulators should be blocking any such steps to further integrate Facebook’s three platforms. Photograph: Lionel Bonaventure/AFP via Getty Images)

Public concern about online privacy has grown alongside the evidence that many technology companies and platforms require the large-scale surrender of same. Just consider the current storm over Facebook and WhatsApp’s decision to require (most) users to share a bevy of WhatsApp data with parent company Facebook, or lose access to the app.

It hasn’t helped that the in-app announcement of the changes, followed by subsequent attempts at clarification, have been a raging skip fire of confusion and befuddlement. Meanwhile, millions of users have bailed out to rival apps such as Signal and Telegram.

If this drama passed you by because other national and global crises drew your attention elsewhere, here’s what happened.

This came as a surprise to many, especially users in the EU, who (correctly) believed this to be a violation of their data rights under the General Data Protection Regulation (GDPR).

Facebook and WhatsApp had to rush to clarify that the policy didn’t apply to EU or British users.

Or maybe it might. According to a story last week by my Irish Times colleague Charlie Taylor, “WhatsApp said any plan to share data with Facebook or other group companies would only be done once the company had agreed this with the Irish Data Protection Commission. ” Oh.

For some wider context, the story also notes: “The Irish arm of WhatsApp last year set aside €77.5 million to cover possible fees linked to an investigation undertaken by the Data Protection Commissioner into the sharing of data by the platform with [Facebook].”

Further context: Facebook was fined €110 million in 2017 by the European Commission for telling EU authorities in 2014 that, if allowed to acquire WhatsApp, it would not share WhatsApp users’ data with Facebook to correlate user accounts. Two years later, it did precisely that.

Confused? There’s more. Facebook this week was yet again, clarifying, telling US technology news site The Verge that actually the WhatsApp permission thing was primarily about its obligations to inform users as to how third parties might use data, and it wouldn’t be sharing user profile data.

That’s a technical distraction. The data shared – message metadata – is nonetheless revealing personal data which is not only protected under GDPR, but has been deemed particularly sensitive by the European Court of Justice.

The fallout has been damaging to Facebook and WhatsApp.

The announcement angered huge numbers of WhatsApp users, who feel they are being railroaded into an unwanted data share. In a direct rebuke, many did what they have not done before: abandoned WhatsApp for alternatives.

According to news site Business Insider, Signal saw a 4,200 per cent rise in weekly downloads – 7.5 million – from Apple and Google’s app services, compared to the week before the announcement. Both Edward Snowden and Elon Musk recommended the app. Another 9.5 million downloaded Telegram.

WhatsApp has two billion global users, making those numbers appear modest, but losing nearly 20 million users in a single week is a major fail for any company, no matter its scale.

And several weeks remain before the deadline, in which more users will bail out.

The subsequent belated rush by Facebook and WhatsApp to explain that the change in policy did not apply to European users – thanks, GDPR – predictably angered non-EU WhatsApp users who will wonder why they are not extended the same privacy courtesies, and perhaps increase pressure on their own governments to create a GDPR-like remedy.

The announcement also prompted some countries to look again at the companies’ data policies. Turkey’s competition authority opened an investigation into the plan.

As welcome as this renewed focus on data protection and privacy may be, don’t miss the forest for the trees. More is going on.

This data-share shift is part of a much larger and more concerning corporate effort to tie together Facebook’s three giant “properties” – Facebook, WhatsApp and Instagram – at a deeper, technical level.

Facebook CEO Mark Zuckerberg announced this intent around the same time as Facebook was coming under growing scrutiny from lawmakers in the US and EU, who had begun to threaten antitrust proceedings and float the possibility of splitting Facebook back into three separate companies.

Zuckerberg touted platform integration as a user benefit. But look again. A key defence against antitrust breakup is interoperability – evidence that products or services are tied together at operational level to such a degree that separating them would destroy them. Microsoft tried but failed to use this defence during the US justice department’s antitrust case against it two decades ago.

The new WhatsApp data-share policy is more than a data-protection concern. Until they decide whether they’ll pursue an antitrust breakup, US and EU regulators should be blocking any such steps to further integrate Facebook’s three platforms.