‘Privacy by default’ introduced for under 16s, with some features restricted 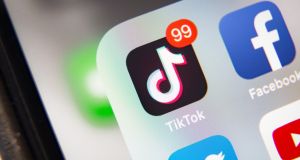 TikTok is tightening privacy settings for its younger users, making profiles private by default and restricting who can comment on videos uploaded by under-16s.

The company said the changes are part of a package of measures to drive higher standards of privacy and safety for its users.

TikTok users under 16 will automatically have their profiles set to private, which means only those who have been accepted as friends by the account holder will be able to view their videos. The ability to allow anyone to comment on videos has also been removed, with younger users now having the choice of allowing friends to comment or disabling comments altogether.

TikTok has also disabled the downloading of videos created by underage users, and will no longer automatically include those accounts as part of its suggestions, which are powered by algorithms.

TikTok has also made changes to its popular Duet feature, which allows users to record their own content alongside another TikTok video as it plays, and Stitch, where you can can clip and integrate scenes from another user’s video into their own. Videos created by users under 16 will no longer be available for Duet or Stitch, and for users aged 16-17, the default setting will be to allow friends only.

TikTok’s EMEA head of privacy Elaine Fox said the privacy rights and online safety of the community was a top priority for the company, particularly younger users.

“We feel it’s going to enhance the privacy and the safety particularly of our younger users. Many of them are navigating their way through the app on their online journey, and it’s trying to encourage them at every step to pause and think and engage with their own privacy settings as to what is the appropriate one for them,” she said. “We are constantly looking at the platform and how we set the standards.”

The app has seen significant success in recent months, with more than 800 million active users and 2 billion downloads. Initially winning over younger users, TikTok has seen a surge in popularity in recent months, making it a target for rival social media companies.

TikTok has made a number of changes in recent months to tighten up safety for minors on the platform, including restricting direct messaging and hosting live streams to accounts 16 and over, and introducing a Family Pairing feature to allow parents and caregivers to set rules for TikTok use.

“The groundbreaking changes announced today mark the next step in our mission to ensure TikTok is a safe platform for all our users,” said Alexandra Evans, head of child safety, Europe. “We know there is no finish line when it comes to minor safety, and that is why we are continuously evolving our policies and investing in our technology and human-moderation teams so that TikTok remains a safe place for all our users to express their creativity.”

TikTok has expanded its presence here significantly in 2020 with the growth of its Trust and Safety Hub in Dublin. The hub made the Irish operation TikTok’s third regional centre, enabling it to operate a localised approach to content policy.

In November 2020, the Chinese-owned company announced new plans to expand, adding 200 new jobs over three months. The company employs about 1,100 people in Ireland.

2 Family businesses are welcome winners in the pandemic