Facebook fights demands to hand over internal data to EU 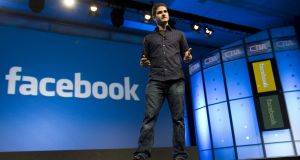 The social network challenged the European Commission’s requests for internal documents at the EU’s general court earlier this month, a move that could thwart EU efforts to build cases into the company’s marketplace ads and how it uses data.

Facebook expected to give regulators hundreds of thousands of documents but “the exceptionally broad nature” of the EU’s requests would force it “to turn over predominantly irrelevant documents that have nothing to do with the commission’s investigations”, the US tech giant’s assistant general competition law counsel Tim Lamb said in a statement.

The EU started examining Facebook’s sales platform and how it uses and shares data from apps last summer, one of several cases scrutinising whether internet firms play fair. It adds to a probe into how Amazon. com collects data from retailers through its platform and investigations into Apple’s app store. Regulators can require companies to turn over documents mentioning certain keywords.

Details sought by the EU in May include “highly sensitive personal information such as employees’ medical information, personal financial documents, and private information about family members of employees”, Mr Lamb said. “We think such requests should be reviewed by the EU courts.”

The commission in Brussels didn’t immediately respond to a request for comment. – Bloomberg