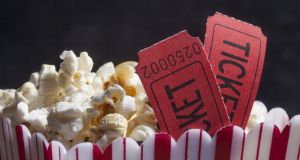 This is the second time the Blackrock-based company has secured investment from the ecommerce giant through its subsidiary Alibaba Pictures.

Funded in 2014 by Richie Power, Joe Spurling and Paul Lynch, Showtime has developed a technology platform for the global cinema industry.

The company, which currently employs 40 people, provides products and services to cinema owners and film distributors that enable them to collate, analyse and visualise operational data in real time.

Alibaba Pictures, the film financing and production arm of Jack Ma’s commence group, previously made an investment of €1.2 million in Showtime in late 2016.

Showtime said it intends to use to funding to further develop its data analytics platform and to hire 10 additional employee to support recent customer wins across Europe, the Middle East, the US and South America.

“In what has been a stellar year for the global cinema industry, we are delighted to be able to expand our team to service even more customers,” said Mr Power, Showtime’s chief executive.

“Over the past two years we’ve seen the application of data analytics in the cinema industry grow to deliver tangible results for many of our customers and can only see the importance of analytics in the film industry increasing in years to come,” he added.

Alibaba Pictures is a film group whose activities range from production investment through to distribution and ticketing.

The company, which has raised more than $800 million in funding, has backed many local and international movie hits. It is also behind Tao Piao Piao, one of the most popular movie ticketing apps in China

However, this year, the company took a hit after it produced and supported the most expensive flop in Chinese cinema history. The much-hyped fantasy epic Asura, which cost more than $110 million to make, was pulled after earning less than $10 million during its opening weekend.

Alibaba Pictures recently reported a $165 million loss for 2017 even as revenues more-than-doubled to $373 million.

1 Irish company to test vaccines on volunteers deliberately infected with Covid-19
2 Air travel never going ‘back to way it was’
3 Eir takes on extra staff as ComReg chases it on complaints
4 Should I switch bank now with Ulster Bank at risk of closing?
5 Stripe wins more corporate customers, announces Salesforce deal
Real news has value SUBSCRIBE