Dublin lags behind as London still top for tech start-ups 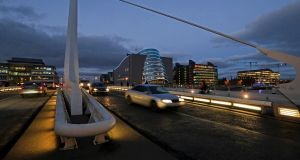 Dublin is home to the eighth-largest number of tech start-ups in Europe, according to Balderton Capital.

London, Berlin and Paris continue to dominate the European start-up landscape, according to a new survey that shows Dublin is way down on the list of top destinations for tech talent.

The study by venture capital firm Balderton Capital shows that despite the recent vote to leave the European Union, London continues to be the most important technology hub in Europe, having attracted €8.9 billion in investment between 2011 and 2016.

Berlin and Paris were ranked in second and third place in the European Talent Landscape survey with investments of €6.58 billion and €4.58 billion respectively.

Combined, the UK, France and Germany are home to almost two-thirds of all tech start-up employees in Europe. Dublin was found to house the eighth-largest number of tech start-ups, although it ranked relatively low in terms of overall investment and employee numbers.

“The positive news for Dublin is that while it’s a smaller ecosystem, it has a higher density of engineers than most other big hubs, meaning the community is much closer together - we’ve found this to be essential to growing a bigger ecosystem,” said James Wise, a partner at Balderton Capital.

The study, which profiled almost 15,000 employees in over 1,000 venture-backed companies in Europe, indicates that tech talent is highly mobile with over 40 per cent of employees in start-ups living and working in foreign countries.

London in particular is the leading destination for those looking to work abroad, with 38 per cent of job searches, followed by Germany on 21 per cent and France on 11 per cent. Just 3 per cent of searches were for Ireland, placing the country in joint seventh place along with Italy and Belgium.

Ireland was ranked fifth however for developer salaries across Europe, with an average of €66,522, placing it behind the UK, Denmark, Norway and Switzerland, which had the highest average salaries at €90,524.

The study shows hiring is getting harder, with technical and product hires the toughest to make. Moreover, it takes an average of 20 weeks and costs of over $5,000 to hire senior talent – and longer with visas.

Tech start-ups remain male-dominated, according to the survey. In 82 per cent of companies, women are in the minority.

Dublin City University came first for the number of graduates who had gone on to work in Irish start-ups, followed by UCD, DIT, Trinity College Dublin and Dublin Business School.

A large number of people who subsequently went to work in Irish start-ups were previously employed in corporates, with Vodafone topping the list followed by Ericsson, Citi, Olympus Biotech and Google.